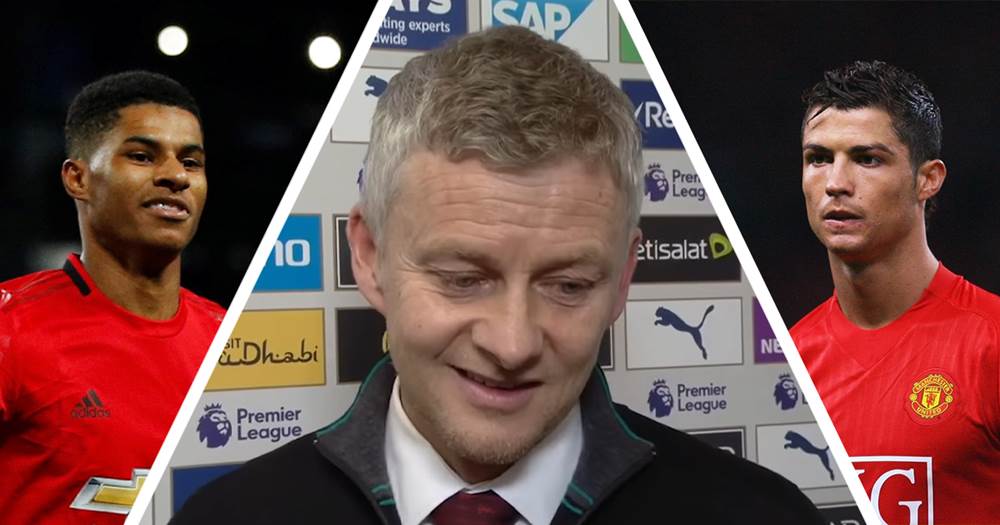 Solskjaer names 4 areas where Rashford and Ronaldo can be compared

Marcus Rashford is Ole Gunnar Solskjaer's deadly weapon and Cristiano Ronaldo's comparisons don't seem so outlandish now. In the end, Ole played with one and is coaching the other.

"It’s very easy to compare the two of them, yes," Solskjaer is quoted by the Guardian. "Both with skills, body shape, attitude, attributes – everything."

He adds: "The boy has every chance in the world to become a top, top player. Let’s hope he continues like this."

It's not the first time Rashford and Ronaldo are mentioned in the same context. The Portuguese is of influence to the 22-year-old and their respect is mutual.

How far is Rashford from peak United's Ronaldo? Could he reach that level? When?

Manchester United
'He was just running circles around us!': Solskjaer insists he was able to spot Ronaldo's quality right away
18
3
4 months ago

I don’t think so. He needs to be more consistent. And there is only 1 Ronaldo.

We are very good at jumping the gun again. Let’s see what the next 10 games will bring.!!!! Lingard is still ruining round round like chick with no legs pretending to be a good player!!!

Success 3 months ago
•••
Reply to a comment by Victor Sokulsky

I think with more experience and time, Rashford could be as good as Ronaldo. Keep it up, Rashford! You and Ronaldo are my two favourite players!