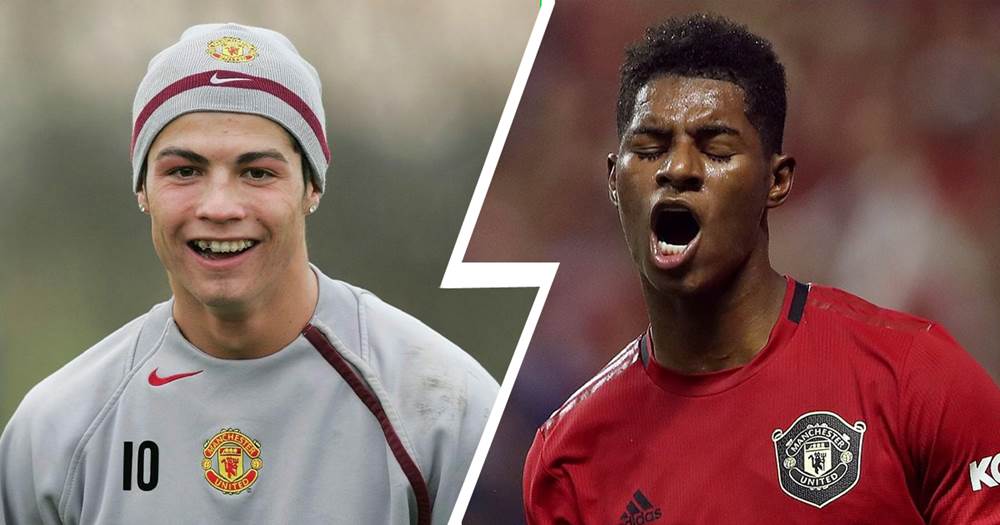 Ole Gunnar Solskjaer sees nothing funny in Marcus Rashford-Cristiano Ronaldo comparison. The United head coach can name four areas where the two are similar enough while numbers can provide a clearer picture.

Hopefully, Marcus will be at this level in 10-12 years:

While it's premature to suggest Rashford is better even at the same age, the 22-year-old surely doesn't deserve the abuse he's had from fans over recent years.

Marcus will beat his best ever season tally (13 goals) when he scores another. In fact, he would already be a proud record-maker if the goal against Aston Villa had been attributed to him, not to Villa goalkeeper Tom Heaton.

No 9 or left winger? Rashford position debate absolute no-brainer for Mourinho
15 26
4 months ago

Rash will be as good as Ronaldo

Ryan Burston2 months ago
Reply to a comment by Mohamed Chodree

Delboy88 , he's still young look what he did in the derby played great but he could have done much better in 2 years time he will be scoring the chances like the ones he missed

Steve Ricci2 months ago
Reply to a comment by Mohamed Chodree

well Ronaldo didnt play as a striker. at man utd he was a dribbler

Rash has to work had, if he wants to be world best player. He has to prove that to us. it is not by magic, but by consistency.