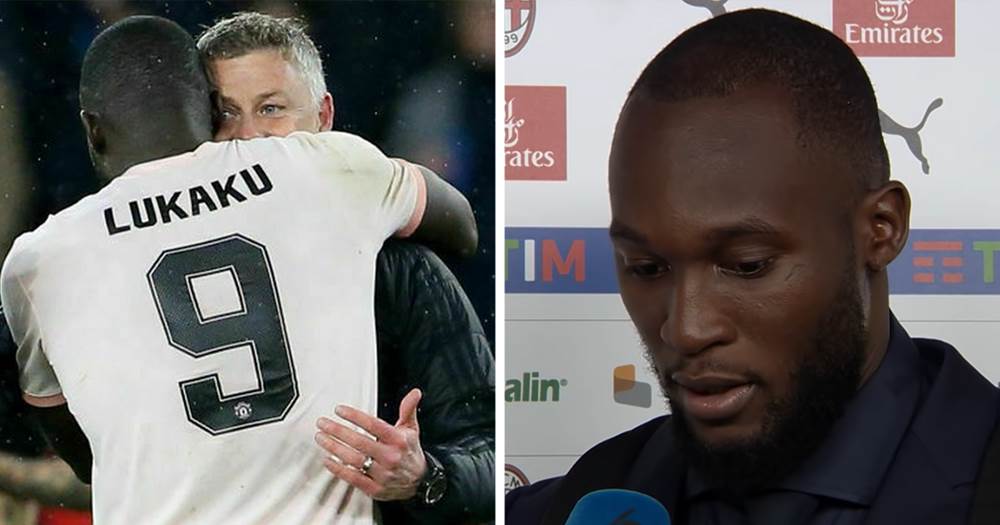 Romelu Lukaku and talking about Man United is some duo. At least now, the Belgian calls his Old Trafford spell instructive.

"The period there has made me calmer," Lukaku told the Global Soccer Gala in Dubai, as reported by Passione Inter.

"I don’t look at it in a negative way; it really helped me mentally to be ready and to grow as a player and as a person. I will never see it as a bad experience because it helped me be where I am today."

He added: "Clearly now that I'm at Inter there are benefits for what I learned in Manchester both from a sporting and non-sporting point of view.

"I am a person who when things are not going well, shows it through so much anger. I'm stronger after the Manchester United experience."

Rom scored past Barca but Inter crashed out of the CL:

Lukaku's experience with Inter Milan has so far been eventful. Barring a racism scandal, Mauro Icardi's wife talking, Luke Shaw trolling, and some Inter fans occasionally bashing the Belgian, it's been a pleasant ride.

Jokes aside, Lukaku has scored 12 goals in 17 Serie A outings. Level on points with Juventus, Nerazzurri are top of the league thanks to a better goal difference, not in the least thanks to Rom.

'Lukaku is back?': Nemanja Matic ups his social media game
19 6
1 month ago

Prince Akosah24 days ago
Reply to a comment by Jordan Massey

lier, does Everton fc play in the Serie A?

Manchester United should try to purchase Eriksen on January