Tribuna
/
Manchester United
/
News
/
Romelu Lukaku: 'People can talk a lot of sh*t but I have nothing but love for Man United' 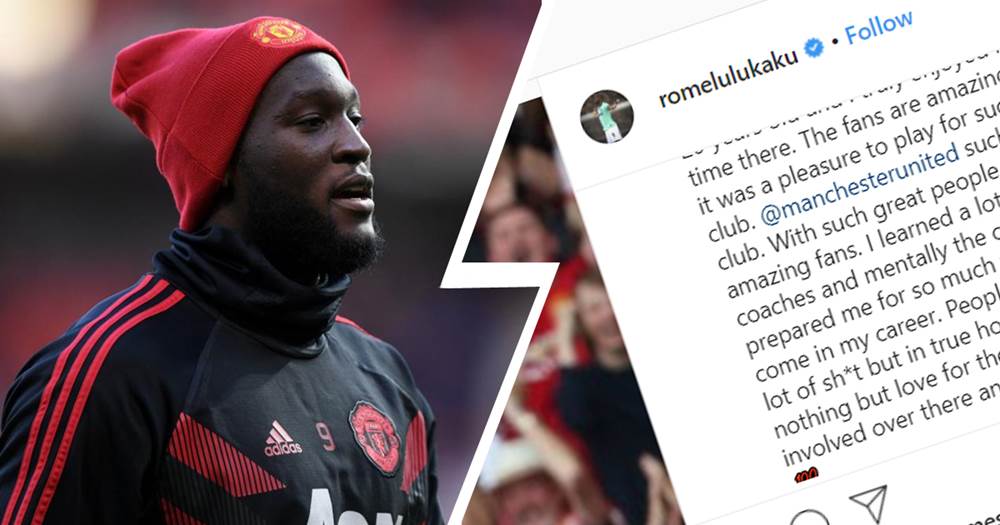 Romelu Lukaku: 'People can talk a lot of sh*t but I have nothing but love for Man United'

Romelu Lukaku has taken to social media to recall his path from an Anderlecht starlet to one of the best European strikers over the past decade. The 26-year-old has thanked all his previous clubs including Man United where he spent two seasons between 2017 and 2019.

"Manchester United such a big club. With such great people and amazing fans. I learned a lot from the coaches and mentally the club prepared me for so much that has to come in my career," the Belgian wrote on Instagram.

"People can talk a lot of sh*t but in true honesty, I have nothing but love for the people involved over there and they know it 100 per cent."

Rom joined the Red Devils in a £76.23m move from Everton in 2017. He scored made almost 100 appearances for the club during his two-year spell at Old Trafford:

The Belgium international left United for Inter Milan in the summer of 2019 as he didn't fit Ole Gunnar Solskjaer's requirements who sees Anthony Martial as his first-choice striker.

'Solskjaer has my eternal respect': Romelu Lukaku reveals Ole's part in his United exit
23 30
2 months ago

Romelu Lukaku: 'I'm stronger after the United experience'
18 28
24 days ago

I still love you Romelu Lukaku

Sure than youre stupid or you have a huge brain damagez

Negative 1921 day ago
Reply to a comment by Negative 19

go away with your childish mind

Kinda feel sorry for Lukaku.. OK he wasn't a graceful footballer but his stats are better than most.. Man Utd fans have a big problem turning on thier own... remember Folan, Veron etc etc.. Stats alot worst and didn't get 10% of the hate Lukaku got... Sanchez, Lingard and many others stats were terrible but we all murdered Lukaku and Pogba.. 🤔

Francis Aaron21 day ago
Reply to a comment by mikey augustine

you are absolutely right.i wish a lot of man utd fan can thinks n see football the way you do.i just sometimes wonder how they do view football.pogba is our best player and they want him to become a striker n score goals like Ronaldo n Messi when he is more of a midfielder.

happy New year to you and all man United players

Creed21 day ago
Reply to a comment by steven Branthwaite

happy new year to you sir