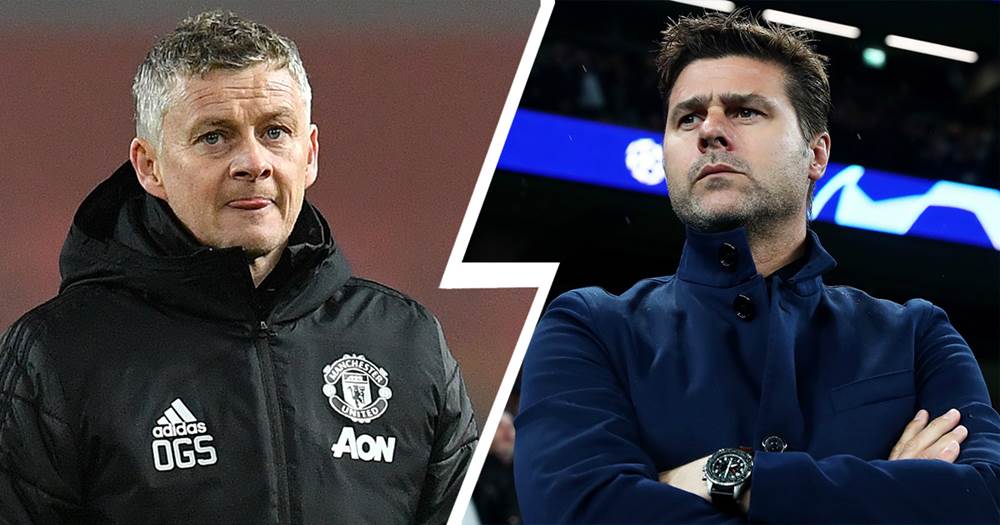 'What did he achieve for Spurs?': Anti-Pochettino United fans explain why Ole fits better

Just as the Argentine reportedly remains tempted to take over at Old Trafford, a number of the fans, those on Tribuna.com, are satisfied with Solskjaer's rebuild.

💭 Ronnie Drian: "Pochetinho? Why is he not at Spurs? Why was he replaced by a United failure? How many titles does he hold as a player and as a coach to rank him world class? Maybe in the failure's world but not success."

💭 Langley Davidson: "Poch, stay your side of the fence. Leave Ole and his position, go crawl in cupboard somewhere."

💭 Franklyn Ugwonoh: "Ole Gunnar Solskjaer may not be a world class coach yet. But he is a far better coach than Poch. Head to head between Man Utd vs Tottenham with Pocchetino in charge, what was the outcome?

"Pochettino had a better quality team than Ole, had players that had spent years together. His team was not in transition, yet he never won against a weak Man Utd team been managed by Ole?" 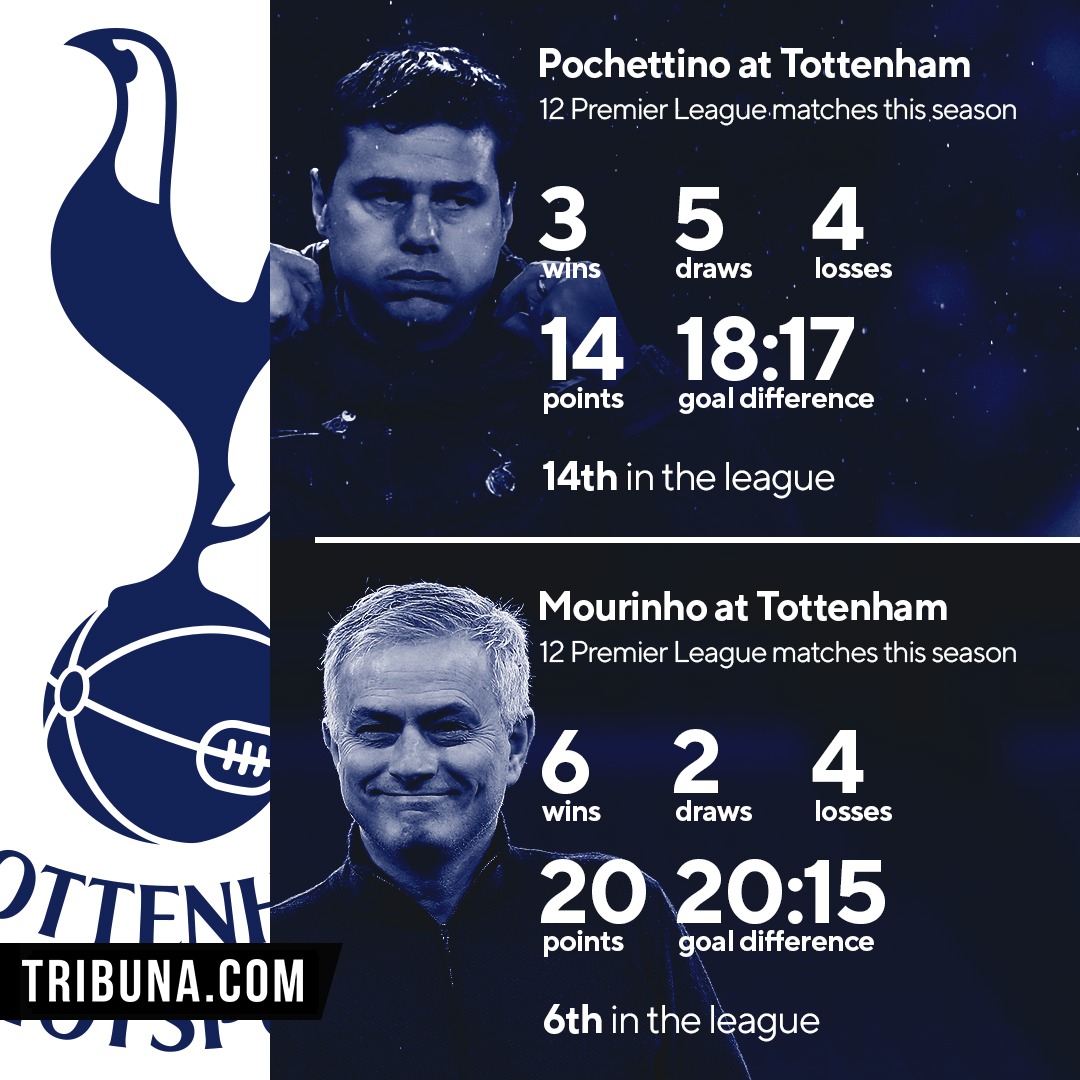 💭 Stoic Kay: "Pochettino, what did he achieve for Spurs? Absolutely nothing. We are with OGS."

💭 Christian Blango: "Ole is United material. He is going nowhere. He can be a good coach at United. He just needs time."

💭 Dan Vakhitoff: "Ole needs time and he has already improved the team. Beaten Pep twice, the only manager to take points off Klopp with the worst squad in 30 years. We’re conceding less, having more shots on goal and we're the better team in most of games."

💭 Abs Faal: "After I saw Ole telling Lingard off and eventually subbing him off, he deserves a chance. Pochetino will not make any difference."

❓ What makes Ole better than Poch for you? What doesn't?

'Bruno was coaching better in one game than Ole since he joined': United fan points out gaps in Solskjaer's methods
43 82
15 days ago

My comment in defence to pochettino is this, you ask yourself this, We are crying for Ole to be backed as a manager, was pochettino ever backed? what major signing did he do that anyone of you can remember? he specifically improved every single one of those players in that team to what they are right now. Nobody knew who son was until he was banging in goals for spurs, no one knew Kane, no one knew dele, a few knew ericksen but in spurs he was rendered as a level below world class. Look at the net spend of spurs, could united ever spend so little as that and manage top 4 under Ole? NEVER. Signing a manager who knows what the hell he's doing is a huge plus. Not someone who's learning by the day. Look at everton right now. They were miles below us but until ancelloti was signed, I believe they are ahead of us or just below us with a maximum of 4 points. This is the difference. As we look at klopp, were he not backed by the owners that team would be great but the trophies wouldn't be there. Poch is an incredible man manager. He has a fantastic style of play. If he is signed and backed, he could bring us back to title winning days.

Momoh Jude5 days ago
Reply to a comment by Abdulnasser Ali

Thank you bro for this cos most of us so called united fans don't understand that ole have nothing to offer us than counter attacking football. Correctly man u don't have a patterned of play talk less of improving the players.

jallow saikou5 days ago
Reply to a comment by Abdulnasser Ali

You are absolutely right. poch raised Southampton up and raised Tottenham to a champions league team.

and these fans that say Oh well why did poch get fired if he is as good as we say yet they forget Ole got cardiff relegated and then was fired. Who's better than who now?

Ochademan5 days ago
Reply to a comment by Abdulnasser Ali

You said it all budy, i love ole but the task is too huge for him right now, people sees ole 50-50 with poch considering the fact that ole beat spurs with poch in charge buh if am not mistaken, zinden beat aceloti & it doesn't make him superior, we blame Ed for not backing our previous managers yes, he's ready to do it now but very much afraid what will be the outcome having ole in charge, any word class who would love to join man U now would like to think of his career properly because of ole & that will make things more difficult, mark my words, pogba goes nowhere if algeri is to come manU, Liverpool needed a winning team and they went for the experienced one (kloop) same goes to man city, (guadiola) ole is a nice guy who i can predict Wil be a good coach but he's here at the wrong time, truth is always bitter buh we've got to face it sometimes

Mudheek Muneer El-khaleel, i think you're the real blind person here who i can tell don't know who is MANCHESTER UNITED, tell me how many player pochetino bought with 80mil? United is too big to have ole as a manager, atleast not now, we're once a league competitor & a champions league contender, not mid table team or top 4 & ironically, that's just what ole can offer, open your eyes bro

No argument about those points u make but remember, United cannot and will not turn to become a club of sacking managers any how like it was once before despite the rebuilding process

beanz5 days ago
Reply to a comment by Abdulnasser Ali

yes abdu ali well put u have to have the backing along with knowledge i loved the way pochettino went about his biniz and i predicted his sacking when he didn't get his backing some of these fans dont have clue u can tell by their comments leave the slagging towards enemy fans and not our own even if they sound a bit dim looool have a nice day !

Zanna Adam Zarma, It's not about sacking managers that the issue is. Football has changed. Show me 1 manager that has a decade in the same team, name just one. Longevity of football managers is long gone. Now furthermore, you guys want us to stick to Ole when we all know Ole won't make us a title winning team. We don't stand a chance against Pep's Manchester city nor Klopps Liverpool. We will just be fighting for top 4 each season. So we stick with Ole then eventually fire him and hire a new well experienced coach who now will want to start cutting off players of the previous manager and bring in his own type of players. The idea is, fire Ole and get in someone with a plan and an idea of how to shape up this team and the as fans, we will back him. Fans who say we should stick with ole just because we cannot keep on firing managers is like a woman married to a cheating husband who cheats on her every single tine, so she chooses to stick by him just because she doesn't like divorcing.

What has Ole achieved in his managerial career... NOTHING , Molde is where is level lies. At least Poch makes players better when he goes to the club... with a healthy budget which he didn’t have a Southampton and Spurs he would do well.

Joey Green5 days ago
Reply to a comment by paul wrigley

Think you need to google a bit more and you’ll find out that ole has achieved a lot more than poch has, he has also won more trophies, again another idiot on here 😴😴😴 ole might not be the right man for the job, but I’m tired of uneducated arm chair fans who see poch as this perfect solution 😂😂😂 educate yourself

Enrico Gempies5 days ago
Reply to a comment by paul wrigley

I bet thats what u said about SAF aswell when he started out. But look wot he became.

Ronald Markley5 days ago
Reply to a comment by paul wrigley

I agree Joey, there are too many of them

Irene Mellor5 days ago
Reply to a comment by paul wrigley

Ryan Burston5 days ago
Reply to a comment by paul wrigley

Joey Green, what has opens in in the epl nothing

Ryan Burston5 days ago
Reply to a comment by Enrico Gempies

Enrico Gempies, saf had already won loads of stuff before he came to old Trafford ole hasn't and isn't a good manager

Ronan King5 days ago
Reply to a comment by paul wrigley

please tell me where he won those trophies

sam denedo5 days ago
Reply to a comment by paul wrigley

if you talking about making players better do not forget Ole coached Halaand one of the best goal scorers..

Think most of the regards on here who probably don’t attend games need to research more on poch and his stats, seem to think he is summer serial winner with amazing stats, he’s won fuck all, and if you compare his stats to oles ( who you all claim isn’t good enough ) oles stats piss all over his.

Stephen Fallon5 days ago
Reply to a comment by Joey Green