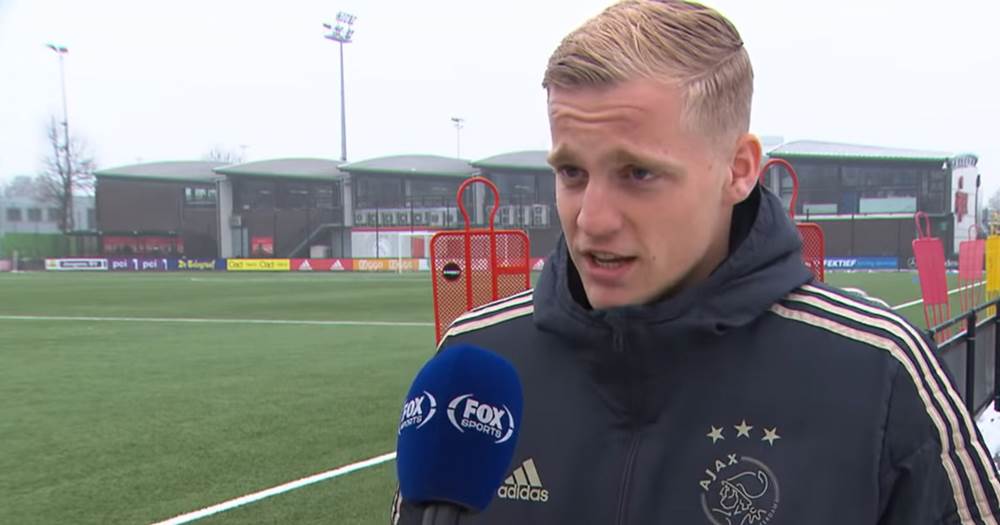 Ajax midfielder Donny van de Beek has denied reports that suggest he is set to join Real Madrid at the end of the season.

“It makes no sense I can’t control what people say,” he said as quoted by the Mirror. “I think it is premature. I have often said: I will not hurry; I am fine here.”

"If it happens, it happens," the 22-year-old added on a potential switch to the Santiago Bernabeu in the future.

The Netherlands international emerged on Man United's radar as a potential replacement for Paul Pogba earlier this season (ESPN). The Frenchman is said to be keen on an Old Trafford exit in the summer with Madrid and Juventus keen on his services.

Van de Beek, who has scored 10 and set up eight goals in 30 appearances this season, is expected to leave Ajax at the end of the 2019/20 season with the Premier League as his priority destination (Sky Sports).

Donny van de Beek: 'These reports about Man United are a good sign, but it is not important now'
29 4
1 month ago

If we swap Pogba for Niguez we will get £ 70 million pounds as well. personally I think that he would have more of an influence in the midfield than Van De Beek. He is an end to end player. He has a great goalscoring record and he can drop back into defence when needed. If we have to do a straight swap for Pogba then do it.

k5 days ago
Reply to a comment by Martin Enright

thats not even an option where you came up with that i would like to know?

get him.. not as replacement of Paul but addition to our midfield. sell matic

Martin Enright5 days ago
Reply to a comment by Langley Davidson

Not too long ago we could have swapped Pogba for Niguez plus £70 million pounds. Niguez is valued at £ 80 million pounds and so if we are quick we could get him and some coinage..