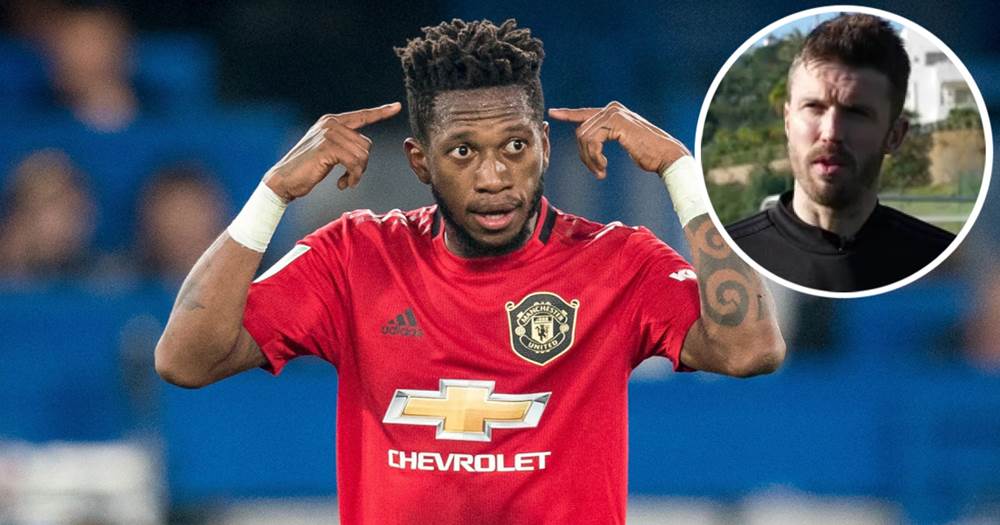 Fred's work ethic has helped the player to make a step forward in his development this season, Michael Carrick has told Manchester United's official website.

The Brazilian was not seen as a key player at the start of the campaign, but injuries to Scott McTominay and Paul Pogba meant he had a chance to show his progress after a poor first season at Old Trafford.

"I think he's done great," the assistant manager stated. "It's not always easy, I think history tells you that.

"When you look through the pages of this club when new signings have come in, sometimes it takes a little time to adapt, you know that, and it doesn't mean they're not good players or they don't have real good quality in their play.

"I think it's just what playing for this club brings and playing in the league. The Premier League is so different to other leagues, so, sometimes, it takes time to get used to it, but credit to Fred. He's stuck at it, he's learnt and he's been willing to put the work in and try to improve.

"He's been fantastic for quite some time now and I'm sure there's more to come, because he's that kind of boy. He wants to keep improving, he wants to keep learning, keep getting better and there's plenty more to improve, of course, like any player, so we'll keep working at it."

Fred has definitely become an ever-present figure in the team in the past couple of months. The last time he sat out a game altogether was on December 18, when the Brazilian missed a League Cup fixture against Colchester United. Since then, he has completed 90 minutes in all but 2 fixtures.

All in all, the 26-year-old has made 29 appearances across all competitions, registering one assist.

Fred eyes Champions League return: 'A place where Man United should have never left'
41 17
10 days ago

Fred has made me to swallow my pride and praise him. I never saw a player for a Utd in Fred. But I enjoy watching him every game and I am glad he is the only bright spark when Scot is no there.

then you should learn from this..

I should think so fred is like a Duracell bunny

ONE LOVE 5 days ago