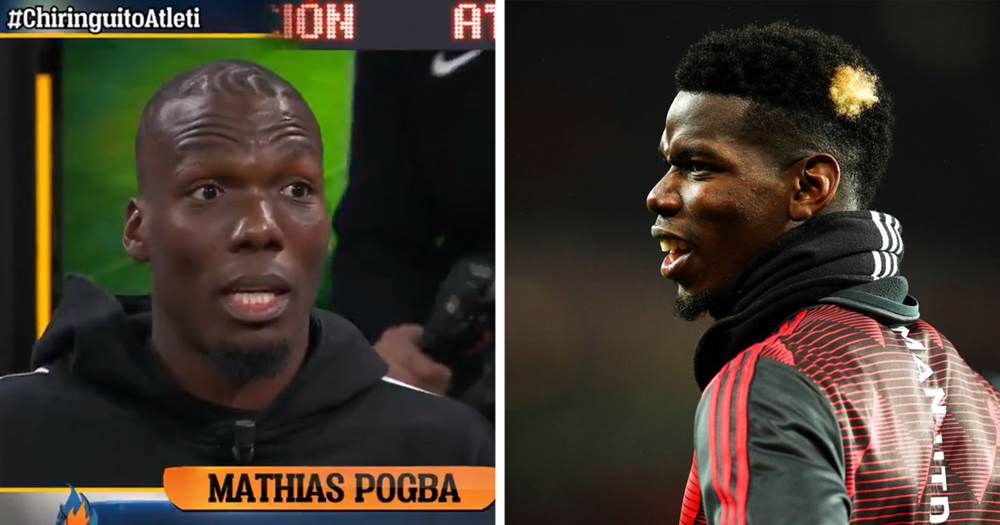 Florentin Pogba: 'I want my brother to sign for Real Madrid'

Florentin Pogba, who is currently without a club, has taken an opportunity to add some fuel to the transfer saga over his brother Paul's move to Real Madrid.

Usually, it's Mathias Pogba who's invited to have a chat on El Chiringuito TV show in Spain as he represents Spanish fourth-tier side Lorca FC. Now, Florentin has attended the show to speak about his youngest brother.

“At the moment, there’s no talk about it, but I’ve always said that I want my brother to sign for Real Madrid. I want it, but at the moment, we’re [them in the studio] just chatting about it. And this summer, it’ll be the same, because it’s always like this,” he said, as cited by Sport Witness.

The United midfielder is said to be keen on an Old Trafford exit in the summer but the Red Devils' asking price of €100m could be the stumbling block to his move to either Madrid or Juventus (Fabrizio Romano).

What's more, Real are believed to have told Pogba's agent Mino Raiola that they have no plans to sign his client at the end of the season (Marca).

Florentin, however, believes money is not the problem for the La Liga giants.

“It’s not a money problem, because Madrid can put the money. I don’t know how much [Paul] is worth. It’s all politics and football,” he added. “It started when Ronaldo signed at Madrid for €94m, and after that… [mimics explosion]

“There are youngsters who move for €80-90m that haven’t won a trophy, and remember that when Ronaldo signed for Madrid, he had won trophies with Manchester United.”

Pogba has missed the majority of the season due to an ankle injury but could return to the first-team training with United already this week, as per Ole Gunnar Solskjaer.

Manchester United
'Once that's ironed out you can build your team': Rio Ferdinand calls on United to sort out Paul Pogba's future
29
28
28 days ago

come and carry your brother or better still sign him for any club of your choice because he is a coronavirus in my united team.

cam with money than take your brother we don't need him

I still don't understand why everybody out here is making so much noise about Pogba. you all know what to do. call Madrid;have them pay the transfer fee. end of story.

Ryan Burston
24 days ago
•••
Reply to a comment by ferraripee

thing is the price Madrid don't want to pay 150mill .and what a tit his brother is no one cares about his opinion

Ryan Burston,he has a vulture for an agent. the higher the fee the higher his agent fees...he will make it happen... United just need him to do their work for him.

Arina Richard
24 days ago
•••
Reply to a comment by ferraripee

ferraripee, Real Madrid values him at £50m which in the current market is the biggest joke. I also wouldn’t want us to give them an easy path to buying Pogba after the way they treated us when we wanted Morata. In fact, I think we shouldn’t be dealing with them for the foreseeable future.

Arina Richard,lets see how it plays out cos honestly, I think he should be moved on. I like him alot but it's just not working out. the last thing a player should do is alienate himself n the fans. himself/agent/brother has successfully done that....

Nobody wants to buy your brother 😆