'In his shoes, we'd not behave better': United fan can't blame Pogba for antics – quite the contrary

... even if the Frenchman did rattle a lot of Reds. Over to our reader on Tribuna.com below.

Our user Baloye omolaja reasons: "Well, I beg to see things from a different angle on this matter and that makes me want to believe that buying and having Pogba as a player is not a mistake. It's obvious that his footballing capacity can't be doubted.

"A concentrated, willing and ready Paul Pogba is a huge boost and armoury for any top club in the biggest leagues across Europe. We were all happy at the lad's arrival and his immense contribution to our Europa League conquest (our unprecedented achievement) back then can never be overlooked.

"I will not disagree the fact that Pogba has pissed almost all of us the United faithful off, but I will also believe that if most of us are in his shoes, we may not behave better, in the sense that we are talking of a guy who has been accustomed to winning silverware year in and year out where he was coming from.

"He also came with the ambition to win greater things believing Man United is building up to afford him that. Also I will plead with us to see that what went wrong originated not from the likes of Paul Pogba but basically from the management.

"As a matter of fact, if people like Pogba did not put on such attitude, we may not be experiencing the new day we are seeing now, as people in the hem of management affair of our club seemed not to care about what was happening on the pitch-we all know what I'm talking about! "

There's also Raiola talking, a factor to be considered: 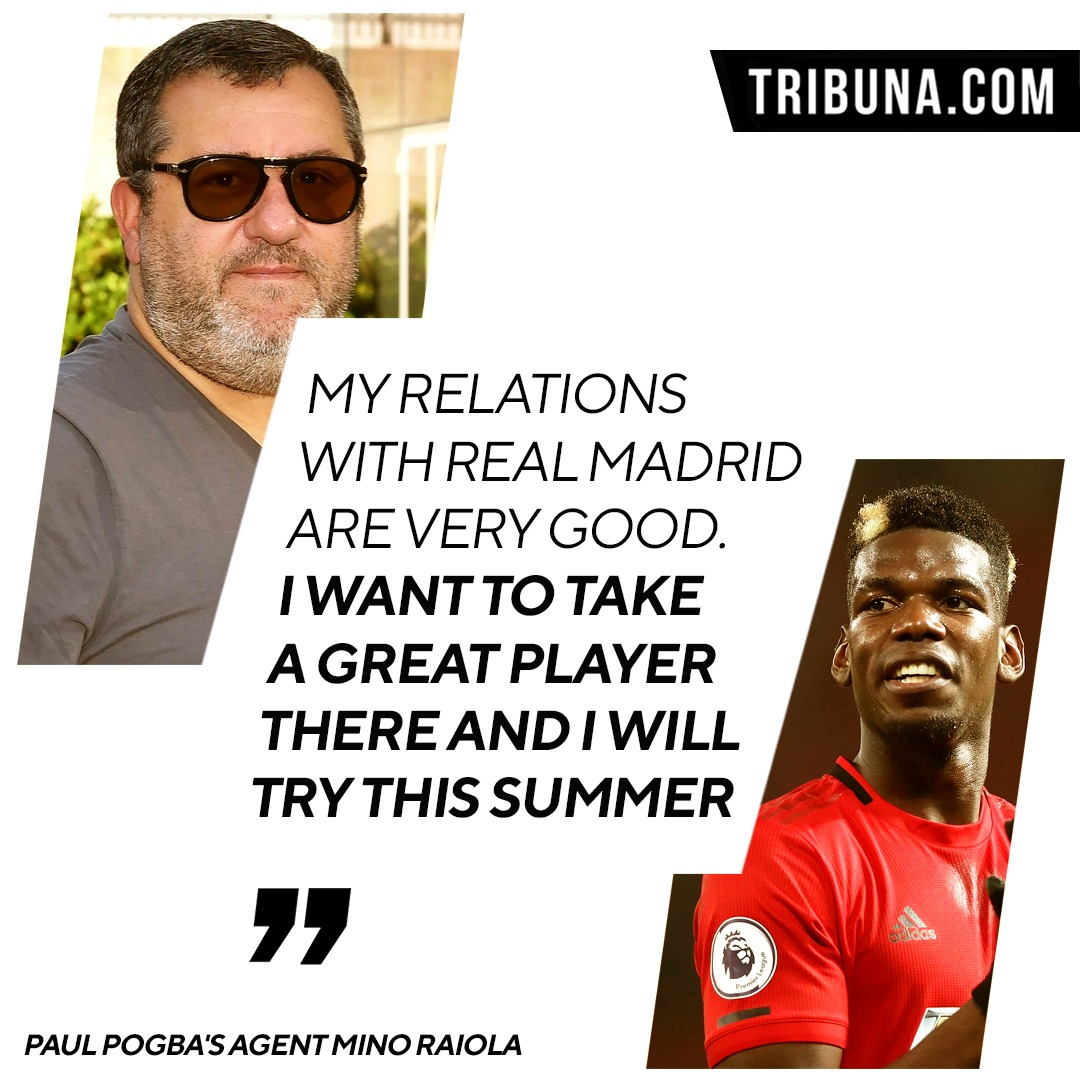 "Now, if Pogba claims to be a reborn because things have changed, let it be so and let him have his chance and our backing as we are all fighting for the same cause.

"Pogba is our player, and I don't doubt it a bit that he's a great instrumental to the glorious future we are building towards. Let's stop the hatred on him but throw our support behind him and we shall witness wonders in our midfield when the Premier League resumes."

Manchester United
'Mourinho succeeded in making y'all hate him': United fan sure Pogba will feel love again
55
114
17 days ago

you are nothing but a racist. having Paul and Bruno in a team is very very great

RED DEVIL ALL MY LIFE...
12 days ago
•••
Reply to a comment by Helmckie Mcdonald

Please dont forget the Greed from the Owners like the Glazers ... If the owners had not been so greedy and dealt with the club the way it should have been maybe we could have got better players to help get the titles that I'm SuRe Pogba would have been told that we would be getting...

Helmckie Mcdonald
12 days ago
•••
Reply to a comment by RED DEVIL ALL MY LIFE...

RED DEVIL ALL MY LIFE... ,That was Edward's fault he took the money & ran instead of re-financing while the Glazers just used borrowed money & milked the club since

RED DEVIL ALL MY LIFE...
11 days ago
•••
Reply to a comment by Helmckie Mcdonald

Helmckie Mcdonald, Ok Part blame to Edward's but he was and has not been there since PP returned so the blame goes to the MONEYGRABBING Glazers and Clueless Ed...