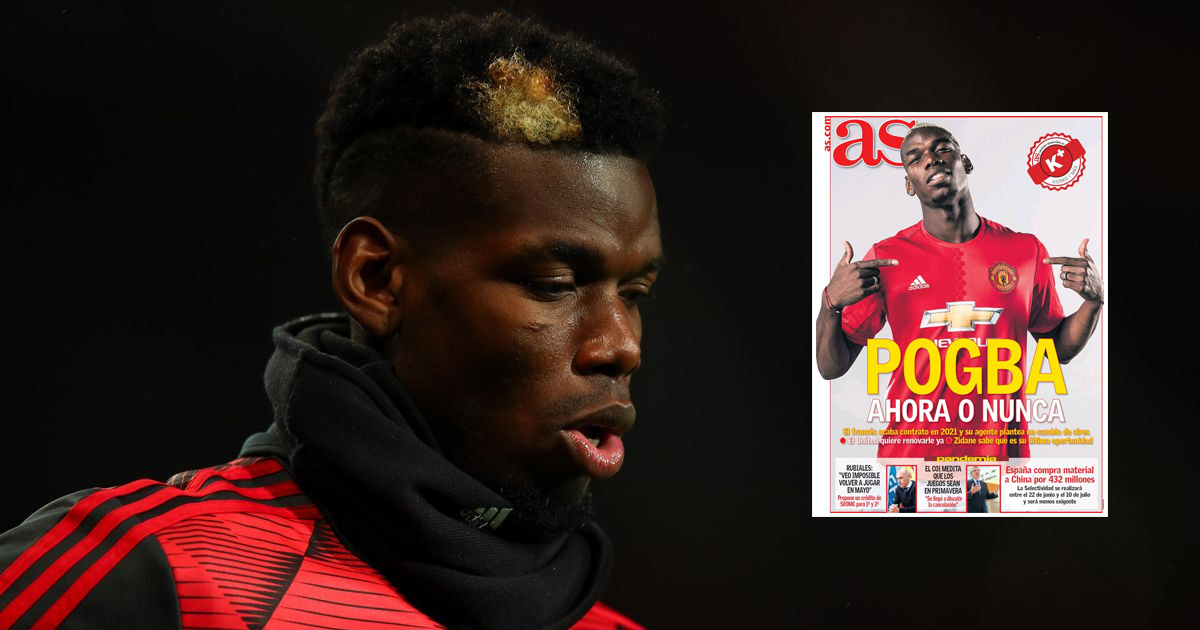 'Now or never': This summer said to be Real Madrid's last chance to sign Paul Pogba

'Now or never' reads the front page of Thursday's edition of Diario AS (via Sport Witness) with a huge photo of Paul Pogba on it.

According to the Spanish publication, Real Madrid's head coach Zinedine Zidane knows this summer's transfer window is the club's last chance to sign the United midfielder.

The La Liga giants have been chasing the Frenchman for years but all in vain, so far at least.

Pogba enters the final year of his contract in June with United having an option to extend his stay at Old Trafford by another 12 months. Should the Red Devils trigger the option it would only anger the 27-year-old.

"It would only serve to upset the footballer and force him out, or to leave a year later hopelessly," a source close to the player told AS.

Hence, United need to agree a new deal with Pogba until June to avoid losing him on a cut-price in the summer.

The World Cup winner is currently valued at €100m but his price could drop 'depending on how the Coronavirus crisis affects football finances', as per the rather unreliable source.

As per other reports, United remain 'optimistic' on keeping Pogba at Old Trafford beyond the summer.

Source: Diario AS via Sport Witness

Manchester United
Juventus have 'clear stance' on Pogba: they want him back
22
46
10 days ago

no club would like to take scholes, he is a red card prone.

Thank you guys for always keeping us updated. But I’ve also observed a worrying trend here. You seem to have fallen into the media trap of Pogba obsession, imagining and milking every angle for traffic and engagement. As a fan platform, you can do better. Give Pogba a break. No, give us a break from endless stream of media agenda cloaked in sports news. You’re stoking hatred for a United player by playing right into the agenda-driven British media that does more harm than good. Some sensible fans have even decided to stop criticizing Ole. We need a United fan base, not fragmented by our dislike or likes of individual players who are part of the team called Manchester United. Thank you and stay safe.

Arina Richard, hi! We're not stocking hate for any player, I promise. There's news, we take bits from some places. We realise Diario AS aren't the best source there is but they're not the worst so we feel obliged to post it. As for the hate, we always have a strong position in this regard as we won't tolerate any abuse towards our players.