Tribuna
/
News
/
'What’s the point in having you? F* * * me. Honestly': Andy Robertson rants at referees after Burnley draw 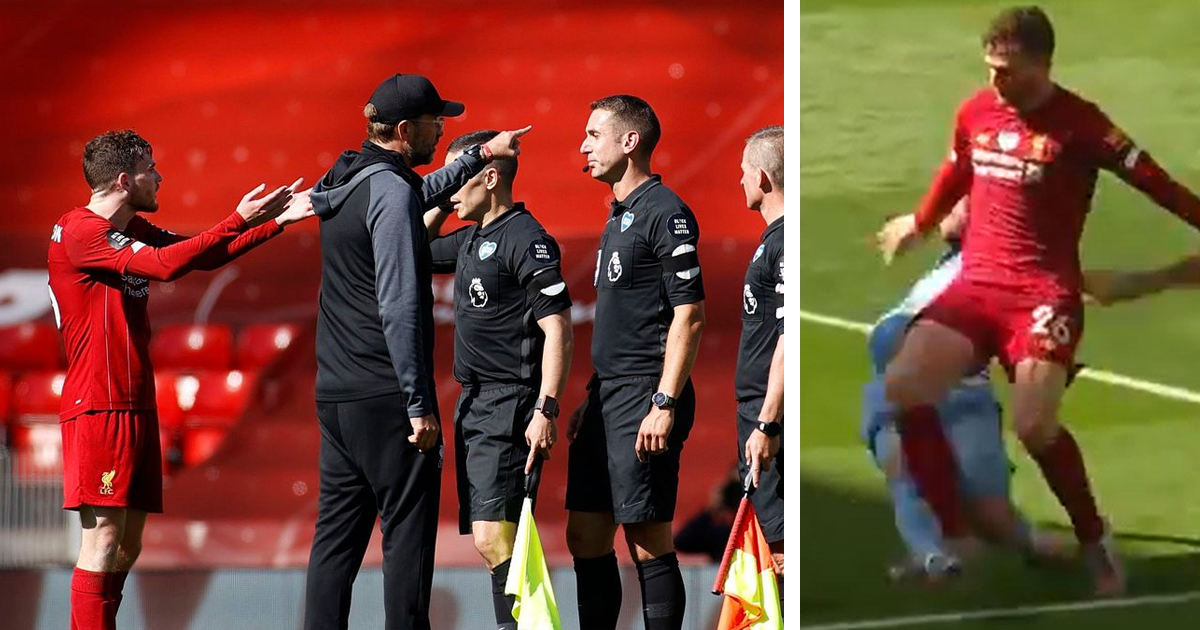 'What’s the point in having you? F* * * me. Honestly': Andy Robertson rants at referees after Burnley draw

The Liverpool left-back was slightly displeased David Coote's decision not to give a penalty on him.

Liverpool manager Jurgen Klopp also had his reasons to express his disappointment to the match officials, although his grievances were mostly about Burnley players going unpunished after repeated fouls on Alisson Becker.

The Reds' frustration was doubled as they have now failed to reach the historic feat of winning every single home game of the season, having lost first points in Premier League at Anfield since January 2019.

Source: Give Me Sport
A. Robertson
Klopp, Jurgen
J. Guðmunds­son