Tribuna/News/The hand of God, 100% goals not awarded and 9 more worst acts of cheating in football

The hand of God, 100% goals not awarded and 9 more worst acts of cheating in football No era penal, Ronaldo's theatrics and Barca not spared – Tribuna.com guides you through the ultimate path of football trickery.

Football is a hard-fought game, and not everyone in the heat of the moment plays it fairly. Footballers and clubs would do everything to win a match nowadays, and they'd go low for the club they're defending. Some are worse than others, though. Let's take a look at 11 of the worst acts of cheating in football.

In 2006, Italian football was taken aback when investigations led to champions Juventus being stripped of their two latest league titles.

The Old Lady's involvement in a match-fixing along with Fiorentina, Reggina, A.C Milan and Lazio is to this day one of the worst acts of football cheating in Italy and the world.

The sentences for the clubs were significant as they all lost initially 15 points in the 2005-06 season, but after the appeal, some lost fewer points.

Still, Juve were stripped of their two last titles and were relegated to Serie B along with Lazio and Fiorentina. That year, they lost Lillian Thuram, Zlatan Ibrahimovic, Gianluca Zambrotta, Fabio Cannavaro and Patrick Vieira. Justice was served.

Diving: Luis Suarez at it again

Luis Suarez is one of the most controversial players in the history of the game.

The Uruguayan striker has had his fair share of unsportsmanlike actions in his career with Ajax, Liverpool and Barcelona.

Besides biting and scoring, Suarez loves a dive. The striker has dived many times on a football pitch, but none were badly-received than his dive in the Remontada.

On a historic night, the referee's display was horrific, but Suarez's antics were just as indefensible.

However, he was understood by some as Barcelona were in a desperate position to win the round of 16 tie against PSG in the Champions League.

After a 4-0 loss at the Parc Des Princes, Barcelona were on the verge of elimination after they conceded once at the Camp Nou. Neymar's free-kick was the glimmer of hope Cules needed and after a magical pass from Messi, Suarez was seen hitting the deck after Marquinhos looked like hitting him.

After replays, it was clear that Suarez had dived and the penalty should never have been given. It caused outrage in France as many thought that the match was rigged and they took Suarez's dive as an example. Among other dives, this one should be shown in footballing academies to teach kids how not to play football.

Cristiano Ronaldo is one of the greatest players ever and the Portuguese goalscorer has tasted success at every stage of his career.

However, he is not immune to criticism and some of his dives were popular for all the wrong reasons.

For example, his acting against AC Milan after Ignazio Abate did not even touch him was deserving of an Oscar. Gennaro Gattuso was fuming and Cristiano got up quickly after scratching his ear to fake his pain.

One moment that did not go well with fans around the world was Cristiano's dive against Celta Vigo in 2015 that gifted Madrid a controversial penalty against a weaker side.

The 2014 World Cup was a great sporting event, where teams showed their dominance and some superstars emerged on the biggest stage.

The Netherlands team that finished third was a great one. Class players such as Arjen Robben and Klaas-Jan Huntelaar played their last World Cup for the Oranje and did a great job.

However, Holland's World Cup was a story based on penalties.

They benefitted from the shootout as they defeated stubborn minnows Costa Rica but it was a different spot-kick that enraged fans around the world.

Mexico, guided by Guillermo Ochoa, were up against Robben and co and were leading at some point. In the dying minutes of the game and with the two teams tied at 1-1, Arjen Robben took a dive in the penalty box and Huntelaar converted the pen.

The event preceded the "No era penal" movement by the Mexican fans and some were disgusted with Robben's antics.

Barcelona and Inter Milan have always given their all in the Champions League when they have faced each other.

One of the best ties in recent history in the UCL was in 2010 in the semi-finals between the Cules and a Jose Mourinho-led Inter Milan side.

However, this tie featured some cheating as well: Sergio Busquets was caught red-handed by the cameras.

He went into a challenge with former Barca man Thiago Motta and faked a slap from the midfielder.

After hitting the deck, Busquets took a sneak peek to see what would happen with the Italian. Motta was sent off.

Busquets' best efforts to rattle Inter came in vain when the Italians ultimately won the tie and advanced to the final to win it.

Stefan Kiessling was an important figure in Bayer Leverkusen's dressing room as he spent more 12 years at the BayArena. In those 12 years, he played more than 300 games and scored more than 100 goals.

However, one of those goals wasn't one he expected to score in his career. Against Hoffenheim in 2013, Stefan Kiessling's header landed in the side netting but weirdly went in the goal, tricking the referee into awarding Leverkusen the winning goal of the game. The striker then apologized for scoring that goal.

Tom Ovrebo: How not to referee a game

Pep Guardiola's first year at the Camp Nou was a success and his time in Catalonia ended up being one of the best in the history of the club.

However, his first term as a coach could've been a lot more different if one moment did not happen.

On the back of a 0-0 draw at the Camp Nou, Chelsea midfielder Michael Essien's thunderous shot was the dagger in the Catalans' hearts. The Cules knew they would have to climb a mountain and they must thank their lucky star Tom Ovrebo had a shocking refereeing performance.

Almost every call went against Chelsea, and the Norwegian even got it wrong for Barca as he sent off Eric Abidal for a non-existent foul on Nicolas Anelka.

However, Chelsea felt harshly done by the refereeing that night as Gerard Pique's handball along with Dani Alves' and Abidal's fouls in the box were not given.

Widely believed to be the worst refereeing performance ever, Ovrebo's refereeing that night was seen as cheating on Barca's part by some, and the Norwegian never got the respect he had back.

Real Betis-Barcelona: It crossed the line

Before goal-line technology, referees could've been excused if they had missed blatant goals when the ball crossed the line. When Frank Lampard's shot crossed the line against Germany in 2010, there was no shortage of complaints but ultimately it was the referee's point of view that changed everything.

After the technology was implemented, fans thought episodes like Lampard's goal would never happen.

However, it happened on the biggest stage possible in 2017, three years after seeing goal-line technology at the World Cup in Brazil.

Real Madrid's title under Zinedine Zidane in 2017, their first in five years, was a close one as they finished three points above Barca with a worse head-to-head record.

One game that could have spiced up the title race was the Cules' draw away at the Benito Villamarin.

Up against Real Betis, Barcelona had a tough game, and they could only come away with a 1-1 draw, but they had a bitter taste in their mouths.

The Catalans were outraged as Aissa Mandi's clearance saved Betis even though the replays showed... that Neymar's shot went over the line. Referee Alejandro Hernandez Hernandez did not cover himself in glory as his decision not to give the goal was controversial and had a say in the heated title race.

Villarreal 2-2 Barca: Two handballs not given

Another reason why the 2017 league campaign was such a tough pill to swallow for Barca was another draw at one of Spain's most majestic stadiums.

Up against Villarreal, Enrique's Barca went behind in the second half to a Nicola Sansone goal.

The Catalans did not stop attacking and went very close to score on many occasions. Two injustices occurred during this encounter. Firstly, Bruno decided to stop Messi's shot with his hand in the box and the penalty was not given. Also, Messi's dribble in the box was handled by a yellow submarine defender in the box and again no penalty was given.

Luckily for the Cules, they managed to salvage a draw with a Leo Messi free-kick in the dying minutes of the game.

Argentina and England are two fierce rivals in terms of war and football. The Falklands war was a tough pill to swallow for the South American country, but they got some sort of revenge several years later. in 1986.

On the most prominent international stage in football, Argentina encountered England in the quarter-finals, and La Albiceleste were ready to make amends for their bitter past with the Three Lions.

Diego Maradona was clearly determined to win the tie and ultimately the World Cup, even if it involved cheating.

The Argentinean madman scored two goals to win the tie. One was named goal of the century, as he stormed through the opposition defence and scored a tidy finish.

However, the first one was perhaps the most controversial goal in World Cup history. Maradona, who stands at just 5'5'', lept like a salmon and punched the ball past Peter Shilton, who is 6'0'' tall.

The referee gave the goal, and no actions were taken against Maradona. The Argentineans went on to win the World Cup and beat their rivals in the most shameful of manners.

Another handball: Thierry Henry sends France to the World Cup

After the 2006 World Cup, the French national team suffered from Zinedine Zidane's retirement heavily and struggled for years.

In 2009, they found themselves in a tight spot as they tried to qualify for the next World Cup. After winning the first leg of the playoff against Ireland in Dublin 1-0, they were losing in Paris up until the 103rd minute of the game.

France's equalizer came in the most shameful of manners as they were desperate to qualify.

After a free-kick came from long range, Thierry Henry handballed the ball twice and passed it to an unmarked William Gallas who scored in the open net.

After this event, Henry was shamed even in his native country and Ireland wanted the game to be replayed.

Karma hit the French national team back as they went on strike during the World Cup after Nicolas Anelka's words to Raymond Domenech leaked. The handball wasn't even worth it. 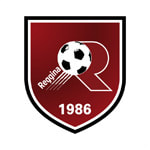 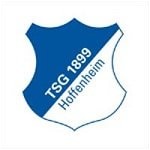