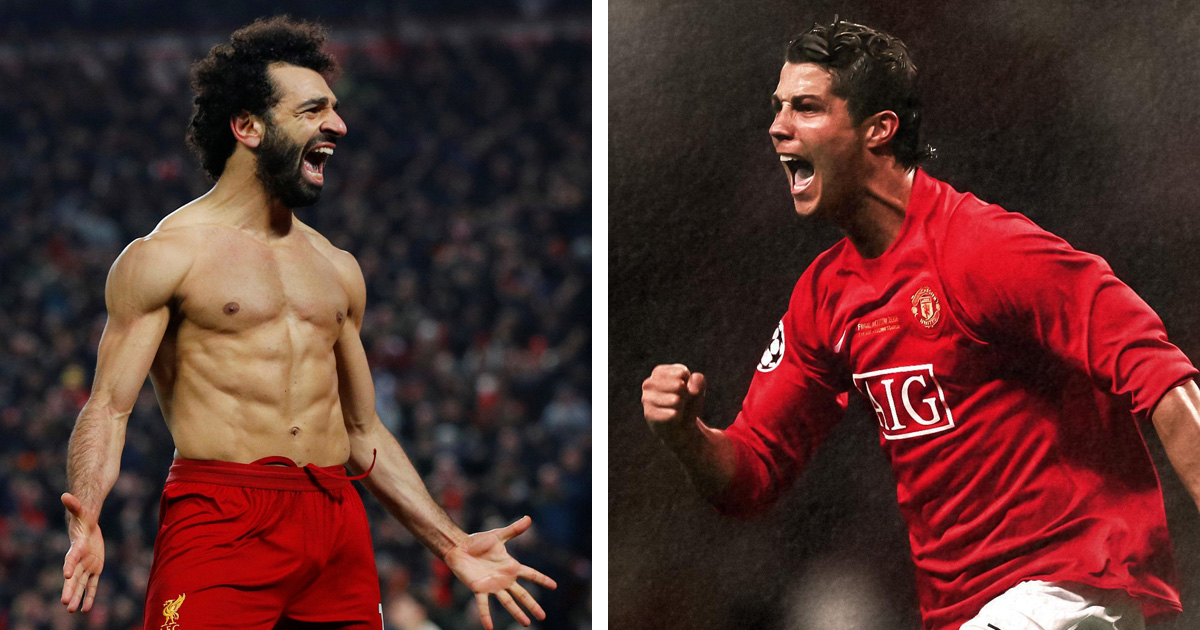 The Egyptian King's 3 best seasons at Anfield are superior to the Portuguese superstar's last 3 campaigns with the Red Devils.

We all know that Cristiano Ronaldo is one of the greatest players of all time and that his 9-year stint with Real Madrid has cemented him as one of the two best footballers of this era.

However, these fascinating stats show that Mohamed Salah's time in England has been superior to the time that the 5-time Ballon d'Or winner spent with Manchester United!

We must mention that during Ronaldo's 3 aforementioned seasons, Manchester United did the 3-peat of the Premier League under Sir Alex Ferguson while winning the Champions League in 2008.

The Reds have won one Premier League and one Champions League during the last 3 seasons, but Liverpool when Salah arrived was a project just nearing its final stages whereas United were already an established powerhouse when Ronaldo was peaking.

The 28-year-old joined Liverpool in 2017 and has consistently produced at a world class level. He's scored 97 goals in 154 games in all competitions and while Salah's career is still very far off from Ronaldo's, he is in a good place to stake his own claim for greatness if he carries on like this.

Salah dedicates Liverpool goal celebration to Egypt teammate who quitted football due to rare nervous system disease
0
0
9 days ago
Ronaldo scores 100th goal for Portugal, only the 2nd player to crack this milestone
0
0
13 days ago