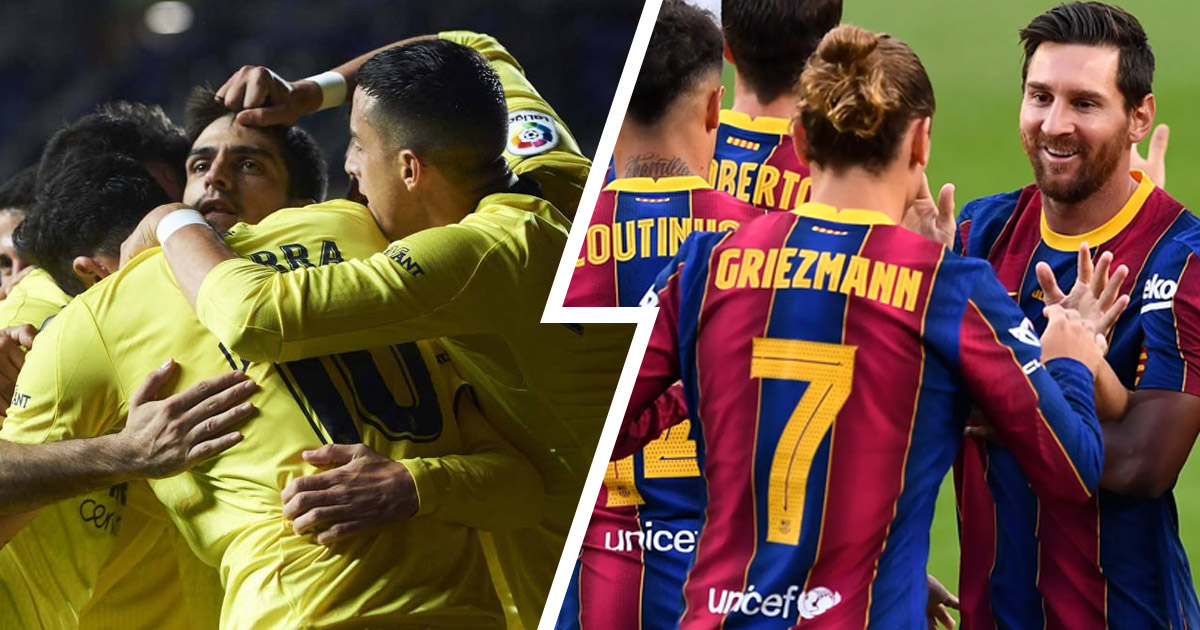 Here's everything you need to know about Koeman's official debut match as Barcelona's coach.

Ronald Koeman (Barca): "Villarreal having an advantage since they have already played two games? It could be, yes. But the team is ready to come out strong tomorrow."

Unai Emery (Villarreal): "I've seen Barca's friendlies and I see Koeman has changed things on the team. Barca is a great team. I'm glad Leo Messi stayed in Barcelona and we continue to enjoy him in La Liga."

"Villarreal have more minutes in their legs, which should help them at this stage of the season despite the quick turnaround from 2019-20. Barca's record against the Yellow Submarine is terrific, though, and we fancy Messi to be on the scoresheet in a narrow success for Koeman's side."

"Though Barcelona have endured a turbulent summer after a difficult end to last season, it's difficult to look past a home win. Indeed, there may still be unrest within the squad, with Messi publicly criticising the club for "throwing" Luis Suarez out and into the hands of rivals Atletico Madrid.

"However, with Messi still in the team - and Koeman looking for his first Barca win - I'm expecting a narrow home win."

"While Leo Messi has nothing to prove to anybody, it just feels like he could produce something a bit special here with all the focus set to be on him after a rocky few weeks where he has attempted to force a move away from the club.

"Villarreal are still a work in progress under Unai Emery and their likely back four here doesn’t have a convincing feel to it at all, with one new signing and two relatively unconvincing back-up players set to start. Barcelona should pick up three points to kick off the Koeman era."

Waiting for Barcelona v Villarreal? You can bet on the game here