Even though Arsenal is a part of the European elite, our transfer business over the last 10-15 years has hardly met the standards of spending of big clubs.

Fans cast an envious eye on the likes of City and PSG whose owners are ready to spend hundreds of millions every summer so that their clubs could set the most ambitious goals.

Tribuna has decided to fantasize what our summer campaign could look like if the club wasn’t owned by Kroenke but by some generous Arab sheikhs.

Leno is a good keeper but we need the best. Who would we go for? Jan Oblak, the goalkeeper with a proven record who hardly ever makes mistakes.

His contract has a release clause of around £100m but if we need him we’ll do another Partey type of business with Atletico Madrid and bring him in. Signing Onana (as an option) to provide a cover for Oblak would see us well-stocked in this department.

Arteta needs Ben White? Brighton demand £50m? We would give them £75m to make a double transfer, which would include Tariq Lamptey as a part of the double move. Albion would drool over this amount of cash and eventually strike a deal with Arsenal.

At right-back, we have Cedric, AMN, Chambers and Bellerin. We’d sell them all. Who would we sign in addition to Lamptey? Achraf Hakimi would be a very ambitious choice.

Entering a bidding war with Chelsea and PSG for the 22-year-old Moroccan and beating them to his signing would send a powerful message to football clubs across Europe. £55-60m would be enough to win this battle.

At left-back, we only need a cover for Tierney. Nuno Tavares from Benfica? Ok we’ll take it. For now.

Central midfield is the department that probably crying out for quality additions the most. There are plenty of options but let's suppose that we’d go for Manuel Locatelli, a central midfielder, who had a great season with Sassuolo and currently shines at Euro 2020 and Houssem Aouar, who Arsenal badly wanted last summer. It would take around £90m to land them both.

Now, we need a competitor to ESR in attacking midfield. Aston Villa are trying to lure away ESR? We would make a counter-offer of £100m (the reported fee City are ready to spend) for Jack Grealish to stop their cheeky attempts to lure away our kid and show what real business is about.

We seem to be well-stocked in the attacking line but there is always room for more quality, especially, if we are aiming to fight on multiple fronts.

Zaha? Nah. We need to look at younger alternatives but of the same standard. Who could it be? Jadon Sancho. United will sign him for around £73m, as per the latest reports.

Imagine, stealing him from United’s clutches by offering £80m to Dortmund and strengthening the squad with one of the most talented wingers in modern football. It would be another Arsenal's message to the world that this club is aiming for something big.

And the icing on the cake would be the signing of Erling Haaland. We need a long-term replacement for Auba and this lad ticks all boxes: young, hungry for goals and glory, unstoppable in front of goal.

Could £100m convince Borussia Dortmund to sell? Most probably yes, because next year they could lose him for less than £65m, which is a release clause in his contract for the summer of 2022.

To offset some part of the expenses we would sell several players. Leno, Laca, Willock, Nketiah, Xhaka and some other Gunners for sale would help us raise around £200m in the market.

Oblak, Hakimi, Locatelli, Grealish, Sancho, Haaland and a couple of other additions - what a campaign that would be! We'd have a title-challenging squad already on our hands.

However, the reality is different. We can only dream for now. 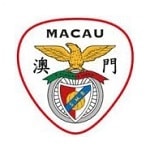