Tribuna/News/Joan Laporta: "We met with Beckham’s agents, gave him pictures of Barca. But Ronaldinho was too ugly for Real Madrid"

Joan Laporta: "We met with Beckham’s agents, gave him pictures of Barca. But Ronaldinho was too ugly for Real Madrid" 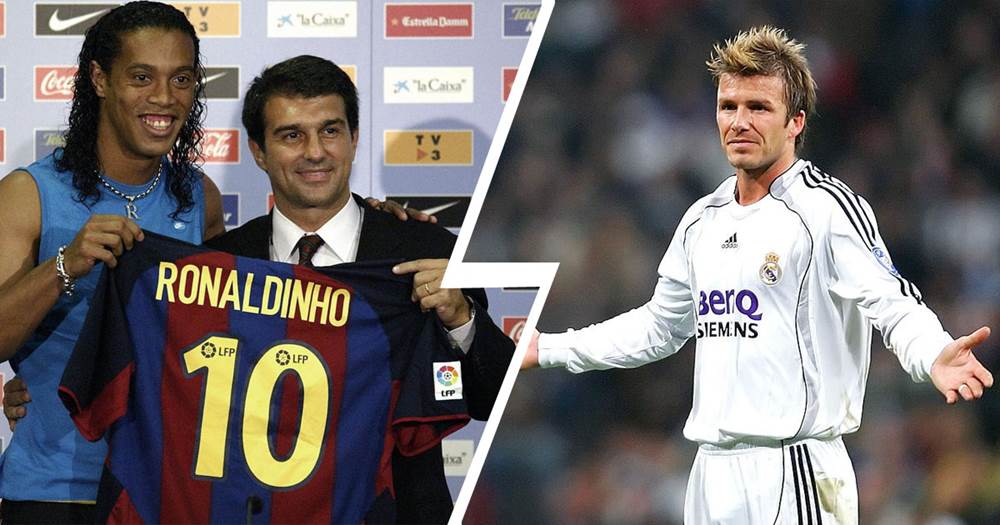 In his recent interview with Barcabuzz, ex-Barcelona president Joan Laporta opened up on missing out on David Beckham back in 2003:

"I heard about the ‘boot incident‘ of Beckham and his coach Alex Ferguson, so I knew that Manchester United looked to sell him. The next step was to reach a deal with Manchester United, and that was pretty easy. However, in that deal we had a confidentiality agreement in which both sides wasn’t supposed to speak about it.

"The next day in a press conference a journalist asked me about the Beckham deal, so I confirmed it. It was a mistake because this happened before we spoke with the agent. I went with Sandro [Rosell] to Nice, where we talked with Beckham’s agents. At that time they said that Real Madrid also want him, but we thought they said it to increase that price.

"We met with Beckham’s agents, gave him pictures of Barcelona, souvenirs of Gaudi, and other monuments, in order to make him feel comfortable. However, at that time he was pretty much secured for Real Madrid."

Eventually, the ex-English international did end up joining Los Blancos. The Catalans shifted their attention towards Ronaldinho, who was at the time playing for Paris Saint-Germain:

'Luckily for us, Roanldnho was too ugly for Real Madrid (laughs). So when we wanted to sign him, Madrid didn’t try to stop us."

Laporta served as Barca's president between 2003 and 2010 and the Brazilian wizard became one of the most important transfers of his era. Ronaldinho ended up helping Barca return to greatness by winning the 2006 Champions League.

Would have you prefered Beckham instead of Ronaldinho?

Saviola: 'Ronaldinho did things that nobody else could'
2 years ago
5
Ronaldinho appointed Brazil's Tourism Ambassador despite being banned from leaving country
2 years ago
7
Intentional or not? Suarez's super-strike is a twin of Ronaldinho's goal vs Chelsea
2 years ago
10
Sun: Beckham sends delegates for Messi talks
2 years ago
32
Mundo Deportivo: Sources close to Messi lift the lid on Beckham talks
2 years ago
3
Barca reportedly set special event dedicated to Ronaldinho
2 years ago
7
contact usadvertise with uspartnersterms of useprivacy policycookie policy
enitesfrdear
(c) 2017-2021 Tribuna Digital. All right reserved