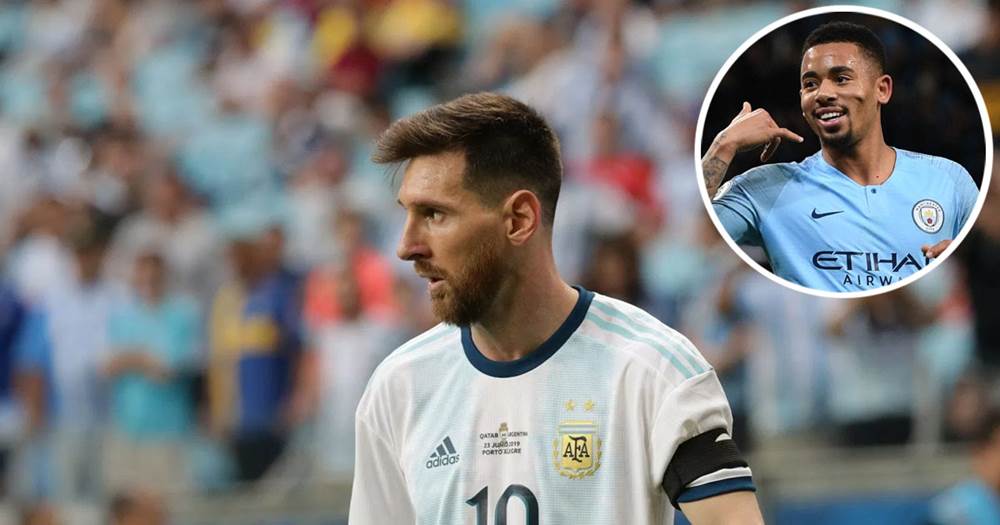 Brazil are set to meet face their arch-rivals Argentina in the 2019 Copa America semifinals. Ahead of the clash, Manchester City's forward Gabriel Jesus shed the light on whom he considers to be the best player in history:

"In my lifetime, I have seen very few players who are said to be the best in history. Messi, for me, is the best I’ve ever seen," the 22-year old said.

"I’m a little split between him and Ronaldo Nazario."

As a reminder, Leo Messi will face two of his Barcelona teammates, Arthur and Philippe Coutinho, in the semis. In regards to the upcoming match, the Citizen's forward believes it won't be easy for Argentinians to find the net:

"It’s tough to get behind a defence that doesn’t concede goals,” the Manchester City forward said of Argentina’s backline.

"It’s also a long time since we conceded a goal. It’s very important to have a solid defence.

"But it won’t be easy for Argentina to get behind us. Obviously, they have Messi who is the best player in the world, and they have Aguero, one of the best centre-forwards, but they’re going to have to sweat to get in behind."

Will Messi be able to reach his third consecutive Copa America final?