Tribuna/News/Barca B complete 3-2 comeback vs Llagostera: how are the youngster doing this season?

Barca B complete 3-2 comeback vs Llagostera: how are the youngster doing this season? 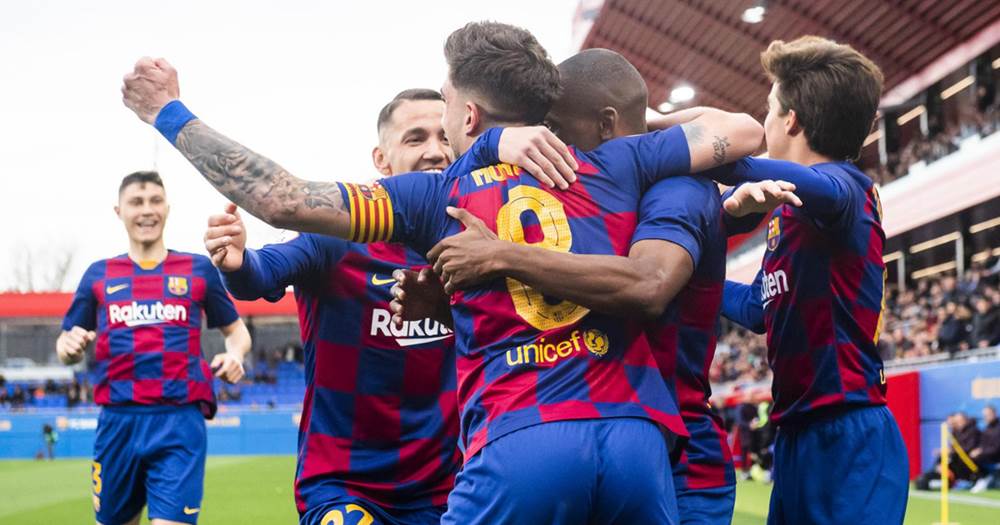 Barca B have beaten Llagostera 3-2 despite trailing 1-2 by the 81st minute. Thus, we've decided it would be a great opportunity to update you on what's going on with the youngsters. First, let's talk about the match.

The reserves hosted 13th-placed Llagostera at the Johan Cruyff Stadium. Barca opened the score early through Monchu's goal in the third minute. However, they conceded two goals in the second half and the match looked like a lost cause by until the 81st minute.

Nonetheless, the young Blaugrana managed to pull a comeback after two late strikes from Jorge Cuenca and Ilaix Moriba, in the 82nd and 86th minutes respectively.

Following the win, Barca B sit in the second position in Segunda B Group 3. The competition is tight in Spain's third tier. Three teams have the same amount of points as our boys while the first-placed Castellon are just one point higher.

That aside, let's see which players have performed the best this season.

Vice-captain Monchu Ramon is the most-used player with 26 games under his belt. Alex Collado and Sergio Akieme are close behind with 25 games each.

In terms of scored goals, Monchu is once again the leader with seven goals. The number is quite surprising considering that the 20-year-old is a central midfielder. By the way, Monchu also has three assists to his name.

Kike Saverio and Collado are both tied as second-best goalscorers with five goals each. The latter, meanwhile, has also registered five assists.

Check out Collado's classy solo goal from earlier this season:

Then, what about the players that regularly feature during first-team training?

Riqui Puig, the core of Barca B attacks has two goals and three assists in 20 games. So far, he has made three appearances for the seniors.

Inaki Pena, Barca's de-facto third-choice goalkeeper has made 17 league appearances for the B side. He has let in only 15 goals while also keeping 5 clean sheets.

The 21-year-old hasn't played a single game for the seniors but has been on the bench on 11 occasions.

And finally, Ronald Araujo. The Uruguayan is expected to be included in the squad for the upcoming league game against Mallorca. The 21-year-old has made 20 appearances for Barca B while contributing, surprisingly, with three goals and three assists.

Araujo has made only one appearance for the first team and that game against Sevilla didn't go quite well. He got sent off after just 14 minutes on the pitch for a last-man foul.

'Changing a coach doesn't mean you will improve': What Koeman said about Xavi's Barca 10 months ago
5 hours ago
29
Why Aubameyang didn't join Barca in January explained, it has to do with Tebas
6 hours ago
23
6 players Barca 'will try to sign new deals with' – 2 are supertalents
7 hours ago
8
Messi's son Ciro shows great reflexes as Leo tests him as goalie
7 hours ago
8
Man United want Ansu Fati and 4 more big stories you could've missed
9 hours ago
13
contact usadvertise with uspartnersterms of useprivacy policycookie policy
enitesfrdear
(c) 2017-2023 Tribuna Digital. All right reserved