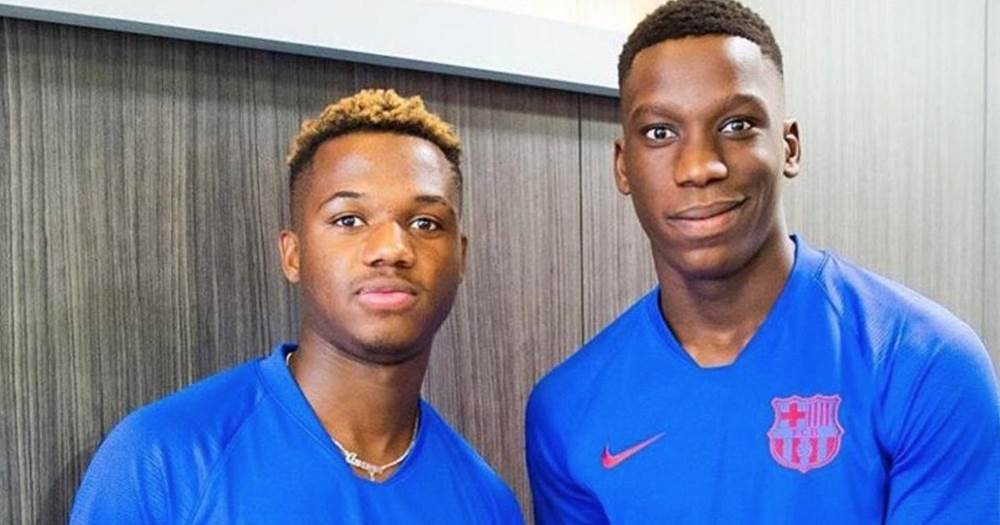 Ilaix Moriba is now the second-youngest player to have scored for Barcelona B. The 17-year-old entered the pitch in the 65th minute and his strike completed the team's comeback against Llagostera.

After the game, he opened up on his first-team chances and his dream to play alongside Ansu Fati.

Mundo Deportivo quote the youngster as saying: "Ansu is like my older brother in football. He gives me advice and I listen. I am always talking with Ansu. He tells me to be calm, that it will come to me."

Ilaix added: "I tell him that I want to play with him, as we did in the youth team last year in the UEFA Youth League because we understand each other very well. Hopefully, soon I can be training with him and playing as we did before."

Moriba is one of the hottest prospects at La Masia. The midfielder is a part of the U19 squad but gets called up to Barca B quite often. The clash against Llagostera has been his eighth appearance this season.

As for Ansu Fati, he made his first-team debut at the start of the current campaign. So far this term, the 17-year-old has scored five goals in 24 games.

Dembele and Kounde qualify for World Cup playoffs, Christensen scores: how Barca players fared in France vs Denmark
3 hours ago
4
Premier League club ready to rival Barca for €60m transfer target (reliability: 4 stars)
5 hours ago
11
Is Leo Messi out of World Cup if Argentina fails to beat Mexico? Answered
5 hours ago
30
Lewandowski breaks down in tears after scoring his first-ever World Cup goal
6 hours ago
23
Xavi reveals what managerial job he rejected before taking over Barca -- it's a big one
7 hours ago
21
contact usadvertise with uspartnersterms of useprivacy policycookie policy
enitesfrdear
(c) 2017-2022 Tribuna Digital. All right reserved