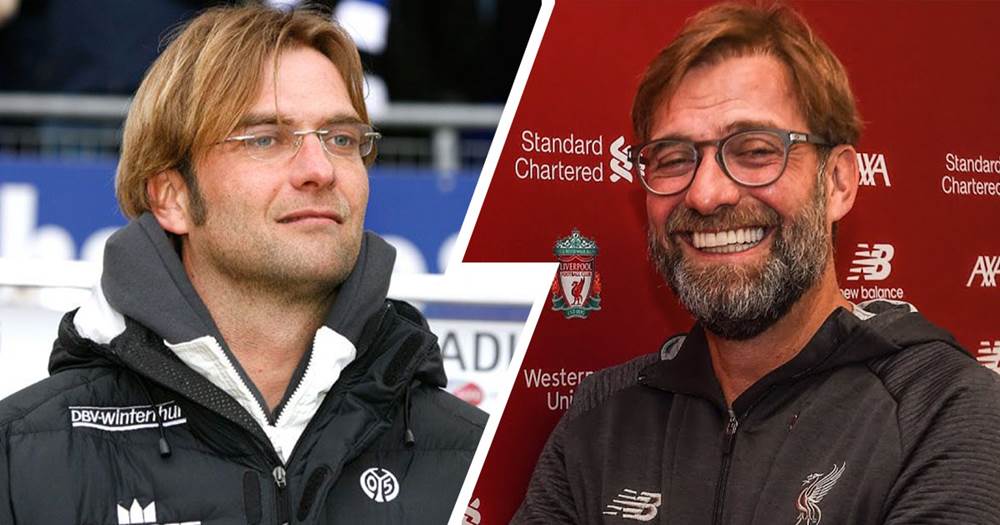 It's been 18 years since Mainz 05 player Jurgen Klopp turned into a coach. Few could predict back then he would become one of the best football managers ever. Speaking to the media ahead of the Club World Cup final, Klopp reflected on his managerial career and the changes he has undergone.

"18 years? Wow!" Klopp said. "Yes, I developed of course as a person first and foremost - I am calmer than I used to be, I'm not that easy to get nervous anymore or overly excited.

"That's the good thing of age, which obviously you [the reporter] don't know yet, but you will see that's cool. Most of the things are not good when you get older, but these things are good. I can deal with situations much better.

"I'm a better coach than when I started, 100 per cent. I'm still the same person, nothing changed really. More people know me, that's not too cool but it's a sign for some successful moments in my life. That's it pretty much.

"It's long ago the last time I thought about me. I look different, massively different, to 18 years ago and that obviously shows that it's quite an intense job what I do but I love it, I love what I do and that's why I probably don't feel the intensity that much."

In each of the three clubs he coached - Mainz, Borussia Dortmund and Liverpool - Klopp's personality and talent made him a favourite with fans and players. Last season, Jurgen's skills were proved by the Champions League triumph. This term, the Reds are fighting for the first Premier League title in 30 years.

Klopp: Flamengo have order to win Club World Cup. We were told to stay home and play in Carabao Cup
2 years ago
14
Klopp lists Flamengo's strengths and shares prediction for their line-up vs Liverpool
2 years ago
12
Klopp lifts the lid on his everyday life and things that make it tougher than it should be
2 years ago
19
contact usadvertise with uspartnersterms of useprivacy policycookie policy
enitesfrdear
(c) 2017-2021 Tribuna Digital. All right reserved