Tribuna/News/'I’ve been used to it': Dan James sends opponents warning over multiple fouls

'I’ve been used to it': Dan James sends opponents warning over multiple fouls 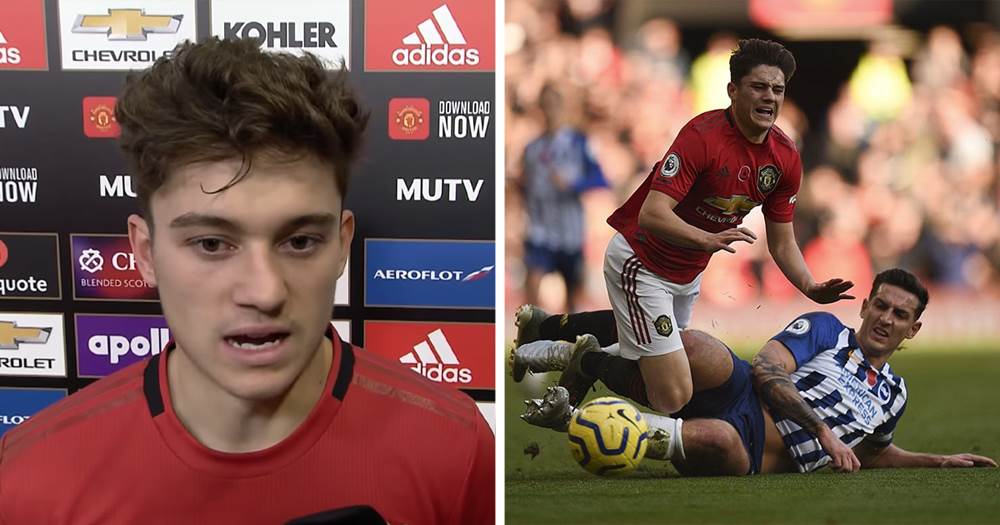 Daniel James is one of the most fouled players in the Premier League as almost in every game he gets his opponents booked. Being kicked hurts but the Welshman insists he won't change his game.

"I’ve been used to it [being kicked]," James said quoted by the Guardian. "Last season in the Championship [with Swansea] I had a lot of hits. If a defender hits you and you stay down he might think he’s got the better of you, so to get up and keep going is important."

James added: "I’ve always had it [this mentality]. It’s important to keep getting back up. It’s part of the game. If I can get forward and win free-kicks high up then it’s good."

Ole Gunnar Solskjaer loves the combative streak in his players. The likes of James or Scott McTominay aren't ones to roll about on the floor after a slight contact.

The 22-year-old has so far scored three goals and made two assists. He has been an indispensable element to Man United's game with his pace and the ability to draw fouls.

Dan James: 'I didn't think I'd play this many games'
2
'We're really enjoying our football at the minute': James believes United have turned a corner
2
Top 3 sprinters at United: Rashford features twice
2
Leeds director of football made almost perfect prediction about Dan James
2
Here comes another assist for Dan James – this time peculiar one
2