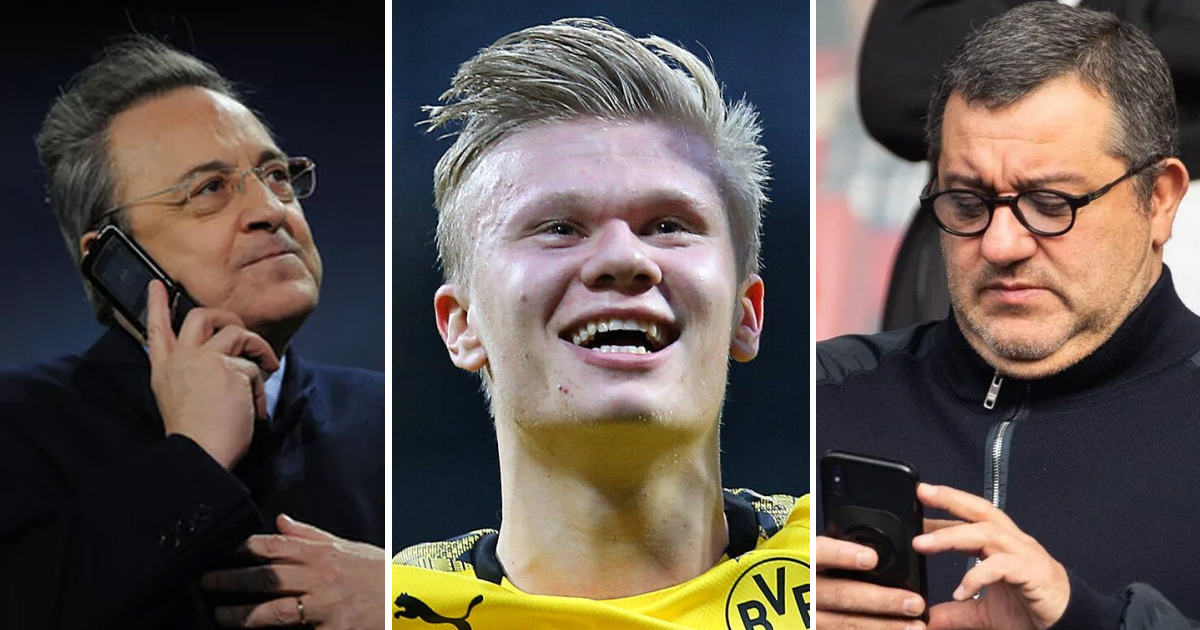 Raiola: 'Real Madrid haven't yet called me about Haaland'

"I don't think he'll leave [Dortmund] and Real Madrid haven't yet called me to know how he's doing, but Erling is surprising everyone, including himself, and we can't say what will happen," Raiola said as cited by Marca.

Real Madrid have identified the Borussia Dortmund striker as their top transfer target for the summer, as per the same source.

Luka Jovic was bought from Eintracht Frankfurt for €60m last summer but has netted only two goals since then. The club's top brass are said to have realised the Jovic experiment wasn't a successful one and are ready to offload him at the end of the season.

Mariano Diaz is also not viewed as a Karim Benzema alternative by Zinedine Zidane. The Frenchman, meanwhile, has scored once in his last seven appearances across all competitions.

Hence, Madrid have set their sights on the Norwegian sensation ahead of the summer.

Haaland swapped Red Bull Salzburg for BVB in January and has scored 12 goals in his first 11 games for the Bundesliga outfit.

The 19-year-old is on 40 strikes in 33 appearances for Salzburg and Dortmund this term so far, including 10 goals in eight Champions League matches.

The Norwegian's four-year contract with BVB reportedly has a €69m release clause.

Real Madrid
Haaland's goalscoring total ranks him higher than Real Madrid's front three – should we go for him right now?
32
12
10 days ago