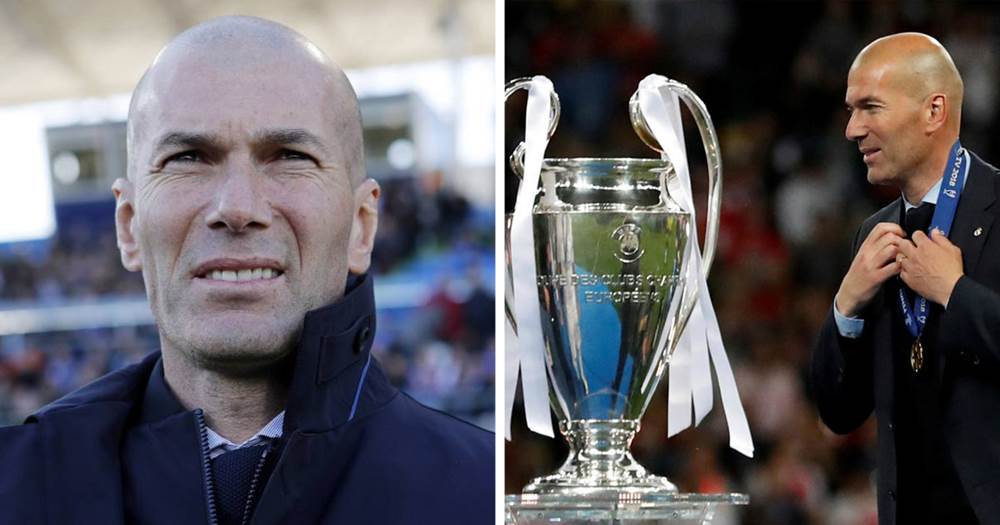 Los Blancos are set to face Atletico Madrid in the Supercopa final and while we are waiting for the first trophy of the year to end up in Madridistas' hands, it's time to recall some very pleasant stats.

Zinedine Zidane holds an incredible record as a coach of Real Madrid: the Frenchman has never lost in a final despite coaching in eight decisive games.

Overall, Real Madrid boss won nine trophies with Los Blancos, with 2016/17 La Liga title adding up to aforementioned cup competitions. Unfortunately, Zidane is yet to win Copa del Rey at the helm of the club.

Moreover, Zidane has already defeated Atletico in the final once: in his very first final as Real Madrid coach in 2016. Los Blancos won 5-3 against their city rivals in the Champions League final penalty shootout.

Hopefully, the same trend will continue in the Supercopa final on Sunday. At the very least, Zizou himself is determined to achieve victory.

"The message hasn't changed. We've come here to win the Supercopa and are pleased to be playing the final, and we're out to put in a good performance," said Zidane in his pre-match press conference.

The clash will take place on Sunday, January 12, at 19:00 CET at the Prince Abdullah Al Faisal Stadium.

Zidane reacts to Atletico knocking out Barcelona and Ernesto Valverde's troubles
36
5
10 months ago
Zinedine Zidane on whether he has changed since UCL triumphs: 'You learn from people around you'
47
2
10 months ago
Incomparable: Zidane is the only manager to win 9 out of 9 finals he coached in
75
9
10 months ago

Hâla Madrid Sure by the grace of almighty Allah.

good luck to you master coach