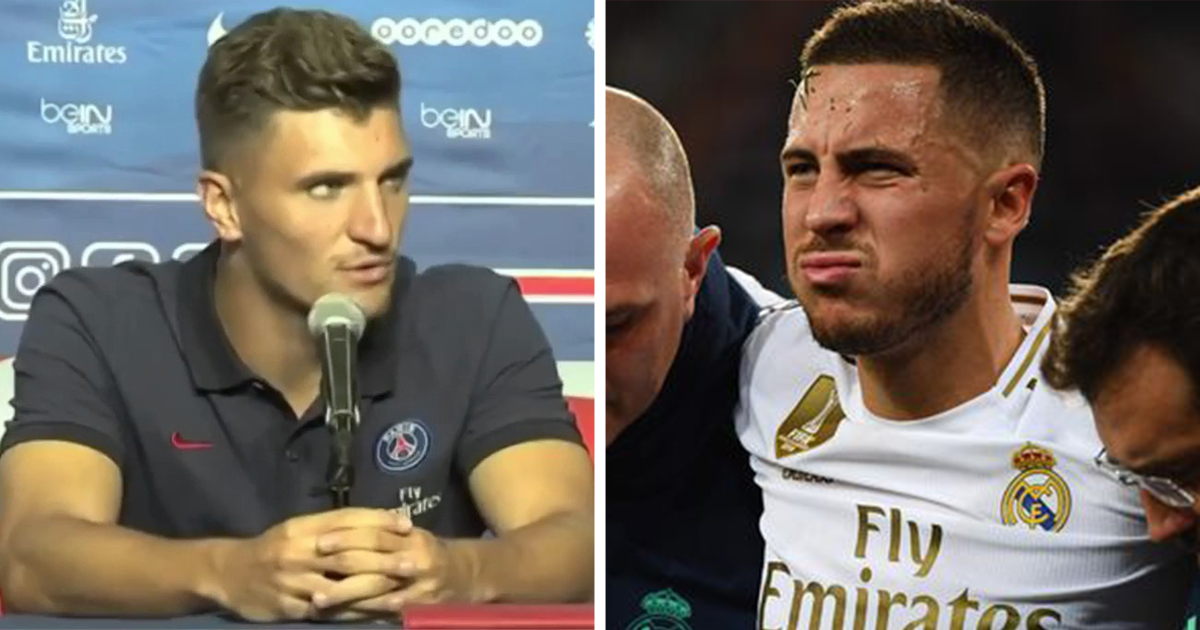 'It's a nuance': Thomas Meunier denies he injured Hazard on purpose

Speaking to RTBF Sport, Paris Saint-Germain defender Thomas Meunier has claimed he hadn't intended to injure Eden Hazard – in fact, it's Hazard himself who collided into him.

"No, I didn't injure him; he collided into me. It's a nuance," Meunier said.

Right after the Champions League clash against Los Blancos, Thomas publicly apologised to Eden for the severe injury he caused.

As a reminder, both Hazard and Meunier are teammates at an international level. Hopefully, Euro 2020 has been postponed, so Eden will most likely take part in the delayed competition.

Eden Hazard got injured on November 26. Since then, the winger hasn't played for Real Madrid but he's getting closer to his recovery. On March 5, it was reported that the 29-year-old's ankle surgery was successful.

So far this season, Hazard has made just 15 appearances for his new team, scoring one goal and registering 5 assists.

Thomas Meunier apologises to Eden Hazard for injuring him: 'My goal is never to hurt other players'
33
7
9 months ago
Eden Hazard provides latest update on recovery from injury
29
3
5 months ago

Yes,you do it deliberately!

Neunier did it on purpose