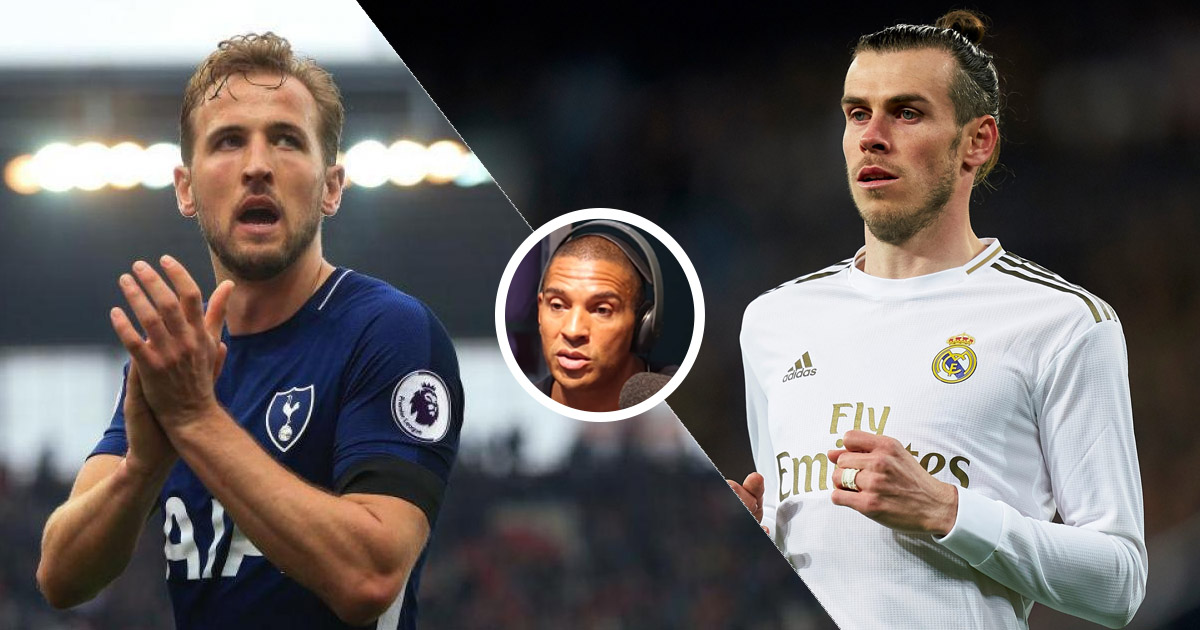 If Harry Kane eventually decides to quit Tottenham, he's going to pick Real Madrid over Man United - something Gareth Bale did in 2013.

That's according to former Liverpool striker Stan Collymore, who believes there are only four realistic contenders for the 26-year-old in the world: Madrid, United, Barcelona and Man City.

"I listened to Kane’s interview with Jamie Redknapp a couple of weeks ago and you could hear from the comments he made that there’s a bit of frustration," he told the Mirror.

"But the notion that Spurs will sell for around £200million, but not to a domestic rival, is interesting as well because that suggests chairman Daniel Levy is trying to play up interest from the Continent’s big boys.

"And the only clubs with the clout really to compete with Manchester United or Manchester City in England are Real Madrid and Barcelona.

"Those four clubs will have money whatever the weather and Levy’s comments left me wondering if he was laying out the path ahead by saying: ‘Okay, Harry, you can go. But it’s going to be the Spanish capital or Catalunya rather than Manchester'.

"We would see the mother of all bidding wars if that is to be the case.

"And I can honestly see Kane going to Real ahead of United in the same way we saw Gareth Bale move to the Bernabeu seven years ago."

Kane recently opened the door to his exit from the North London club as he's not 'someone to stay there just for the sake of it'.

As well as Kane, Bale was heavily linked with both United and Madrid seven years ago. The Welshman moved to the Spanish capital in a £91m move and has gone on to win four Champions Leagues and two La Liga titles with the Whites.

He certainly made the right decision as the Red Devils are yet to claim a single major trophy since then.

How would you rate Kane's chances to join Madrid anytime soon?

'Golden Boots are great but he will want to win trophies': Tottenham sent warning over Harry Kane's exit amid Real Madrid links
11
1
2 months ago
Real Madrid handed boost in Harry Kane race as 'Tottenham have no intention of selling' striker to Premier League rivals
15
5
2 months ago

Madrid shouldn’t think about this Kane is a wrong move

why real Madrid can't analyze before act? Harry Kane has almost the same injury record to Bale. We are in the mess of how to get rid of Bale and here you are searching to add another burden to our disgusted load. Forget about Kane. Period....!!!!!!