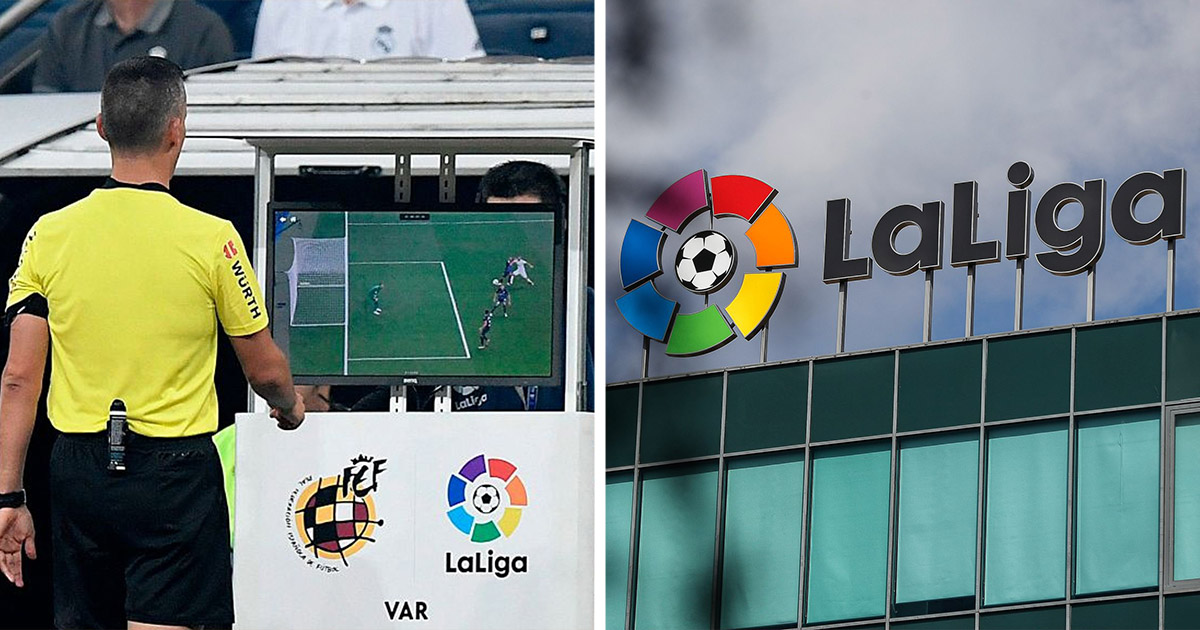 La Liga will resume the season without VAR, as said by El Chiringuito.

Only the season remainder is expected to be played without the video assistance.

Earlier on, FIFA allowed all the respective leagues restarting the season without VAR.

"In relation to competitions in which the video assistant referee (VAR) system is implemented, these competitions are permitted to cease its use upon restart at the discretion of each individual competition organiser," the governing body's official statement reads.

"However, where VAR is used, all aspects of the Laws of the Game and, by extension, the VAR protocol will remain in place," it is added.

As a reminder, La Liga is set to resume on June 20. There are 11 matchdays left to play in the Spanish top tier. After 27 matches, Barcelona sit at the top of the league, two points ahead of Real Madrid.

❓ What do you think, will this decision benefit us or not?

Oh! My sympathy goes to Barça who took advantage of this to win or draw matches!!!