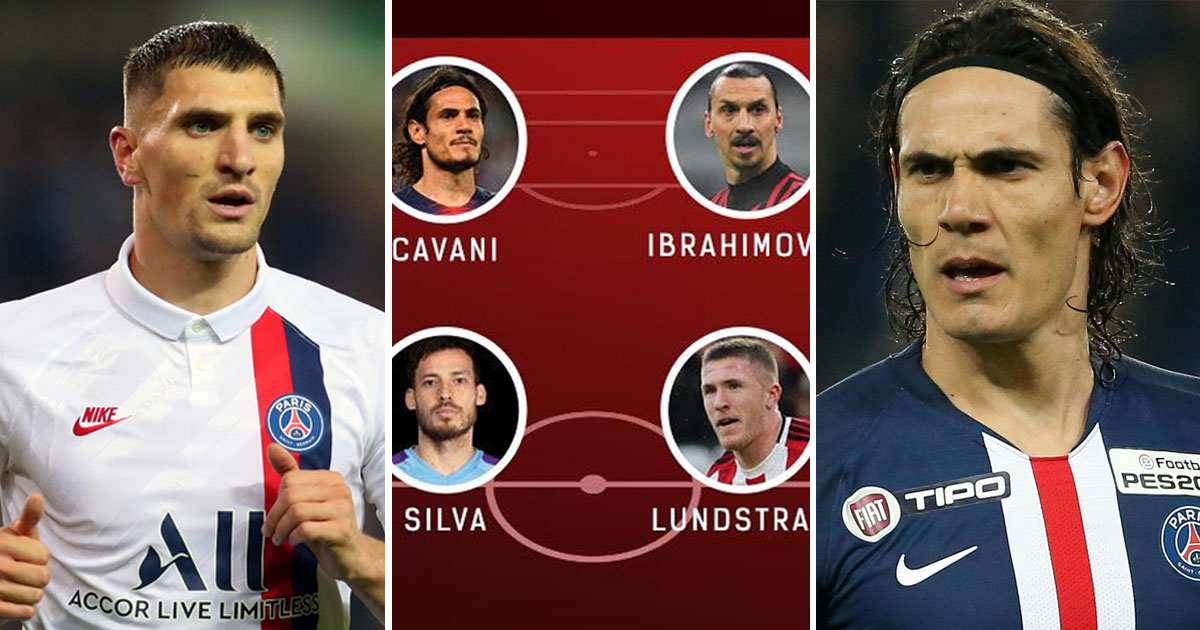 There are a number of reputed players set to become free agents after this season. Tribuna.com looks at which of them can be put together in making a solid team for next season.

There are no doubts whatsoever that the summer transfer window will be a different one this year, with the Covid-19 outbreak having a severe impact on the financials of nearly every European club. Swap deals will increase, but teams will also look to snap up more free agents to avoid paying transfer fees.

Fortunately for those planning free transfers, a potential goldmine could be up for grabs. There are some high-profile players who, despite their age, could be valuable short-term signings for many big clubs.

The halt to the season has made it difficult for many clubs to start discussing new deals with out of contract players. This makes it likely they’ll leave for free and be available in the market. So here we’ll look at how one can build a top team by ONLY signing free players this summer.

So there are not that many goalkeepers available for free this summer, but Ligue 1 side Nice’s goalkeeper Walter Benitez is among those. The Argentine shot-stopper kept 4 clean sheets and showcased impressive reflexes for the French side last season.

However, he’s represented by the notorious Mino Raiola. So even finalizing an appropriate deal could be a pain for any interested side next season.

The much-wanted Paris Saint-Germain right-back could be a hot prospect for the summer. Meunier’s proven himself as a prolific attacking wing-back, having enough creativity and goal-scoring ability to be a pain for the opposition.

His experience, decent defensive sturdiness and versatility could earn him some offers from top clubs looking to stack their right-back department.

The Paris-Saint Germain captain could well be on his way out after an eight-year spell with the French champion. Despite being 35, Silva has shown enough intelligence and sturdiness in his performances recently to warrant a move to another big club. Sure, he might not be able to play every game, but he can definitely polish up a backline with his assertive style.

He’d be perfect for a side lacking composure at the back, with the Brazilian’s leadership skills also being a big plus-point. Silva has played more than 500 games in his decorated career and can utilize that experience to solidify a young backline’s (like Chelsea) core.

Perhaps the reason for Juventus not handing Giorgio Chiellini a contract yet is the gruesome injury he suffered earlier in the season. Perhaps the coronavirus impacting their finances is another one. However, what could be their own loss can be a huge gain for any European heavyweight.

The Italian defender has seen it all and done it all at the top. A tough-tackling warrior on the pitch, he never shies away from taking control of games into helping his side dominate. Chiellini has spent 15+ years at Juve, but still possess enough graft to be a solid short-term defensive solution for any big club.

Perhaps among the most sought-after free agents in the summer, Layvin Kurzawa could be a prolific coup for whoever gets him. The 27-year-old has been an efficient left-back for PSG, especially at the attacking end.

By scoring 13 and assisting 21 in 123 games for them, he’s been a menacing option attacking down the left. Arsenal seems to be most interested in signing him and his encouraging work going forward can suit Mikel Arteta’s system well.

Pedro hasn’t really had the most eventful campaign with Chelsea, scoring just two goals and assisting three in all competitions. However, the 32-year-old still has quite a lot of feistiness left in his game. Pedro has won it all – La Liga, UEFA Champions League and Premier League titles – with his winning mentality being an asset for any side.

The winger’s unpredictability makes him a really good signing for a free agent, as Pedro has that ‘x-factor’ to score or create goals out of nowhere. The crafty winger can be a solid signing for any top side looking to add more depth to their squad and is still a unique attacking threat at the top-level.

John Lundstram’s been a revelation in Sheffield United’s emphatic return to the Premier League, with his tenacious, end-to-end output in midfield energizing the Blades. Apart from being a midfield engine, Lundstram’s willpower has seen him contribute towards 7 league goals as well.

Despite his impressive work, Sheffield haven’t yet offered him a new contract and risk losing him for nothing. The Englishman’s proven himself more than capable of toughing it out against the best, as his workhorse nature could be an asset for any Premier League side next season.

David Silva might be well past his best, but that doesn’t mean he’s lost that inner spark. At the end of the day, he is a four-time Premier League-winning superstar. The Spaniard still possesses enough craft, creativity and leadership quality to galvanize any top side.

After managing terrific productivity of 74 goals and 137 assists in his City career, he’s still got 3 goals and 8 assists in a rotational role this season. Silva might not be able to grind it out week after week anymore, but his experience makes him a top free buy for any European side.

After an eight-year stay with Chelsea, Willian might finally be out as his contract runs out in the summer. The Blues haven’t had the opportunity to hand him a new deal, as the Brazilian himself hasn’t ruled out a move to a Premier League rival.

Willian has had a decent season with 7 goals and 6 assists in all competitions, adding to 59 goals and as many assists in his Chelsea career. The Brazilian’s creativity, ability with the ball and impactful nature could make him a great squad option, especially for a side like Arsenal or Tottenham.

Zlatan Ibrahimovic’s quest to play at virtually every top European club continues this summer, as AC Milan are unlikely to retain him with Covid-19 having an impact on their finances. The 38-year-old has shown little signs of regression, still being that demanding and vicious striker he was in his prime.

Ibra’s amazing goal-scoring ability mingled with his inspiring character can be a big boost for any top European side. However, his hunger to start every game means only a side really yearning a striker will be able to sign him. But knowing his ability, taking the risk on the Swedish powerhouse is worth it.

Edinson Cavani is probably the #1 on the list of everyone looking to sign top free-agents, with the Uruguayan ending his reign at PSG.

With over 300 goals in his career, Cavani’s the goal-scoring machine capable of thriving wherever he goes. Many top clubs will keep an eye on him, but it remains to be seen who gets their hands on this lethal striker.

Which free agent would you want us to sign? Let us know in the comments or in our blog platform!