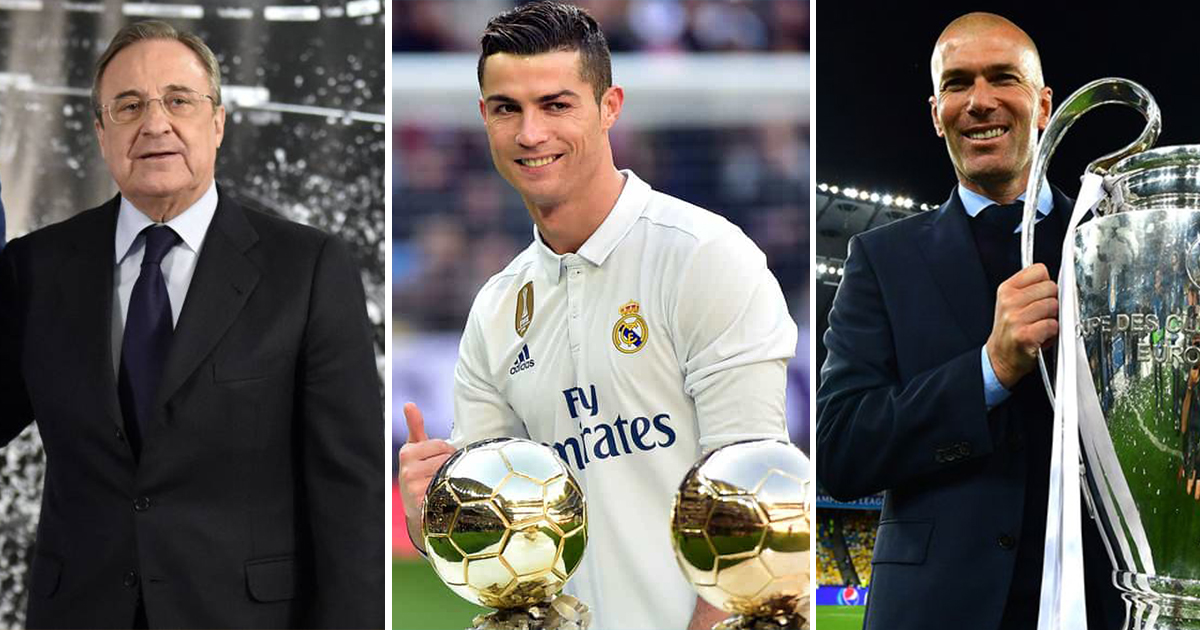 France Football have unveiled their own list of the most influential people or institutions in the world of football.

The outlet would've had a different name if they didn't put PSG and BeIN Media Group owner Nasser Al-Khelaifi on top. The first place for him and the 20th for Kylian Mbappe just seems to be far fetched.

As for Real Madrid stars, there are three on the list. Cristiano Ronaldo (2nd place and it's fair to say that it's Real Madrid who made him so 'influential'), Florentino Perez (8th) and Zinedine Zidane (18th).

The entire list looks quite extravagant. It's fun to see Aleksander Ceferin (UEFA president), Raheem Sterling and Mohamed Salah so high on the list. There have been many other figures that actually influenced the world of football. Well, let it be so.

Another stunning stat shows that Cristiano Ronaldo is simply irreplaceable for Real Madrid
26
1
12 days ago
Zidane's 'close friend' could reportedly play huge role in Real Madrid's pursuit of Camavinga: here's how
18
1
15 days ago