Tribuna
/
Real Madrid
/
News
/
Better than ever: Real Madrid count on Hazard to be ready when La Liga returns 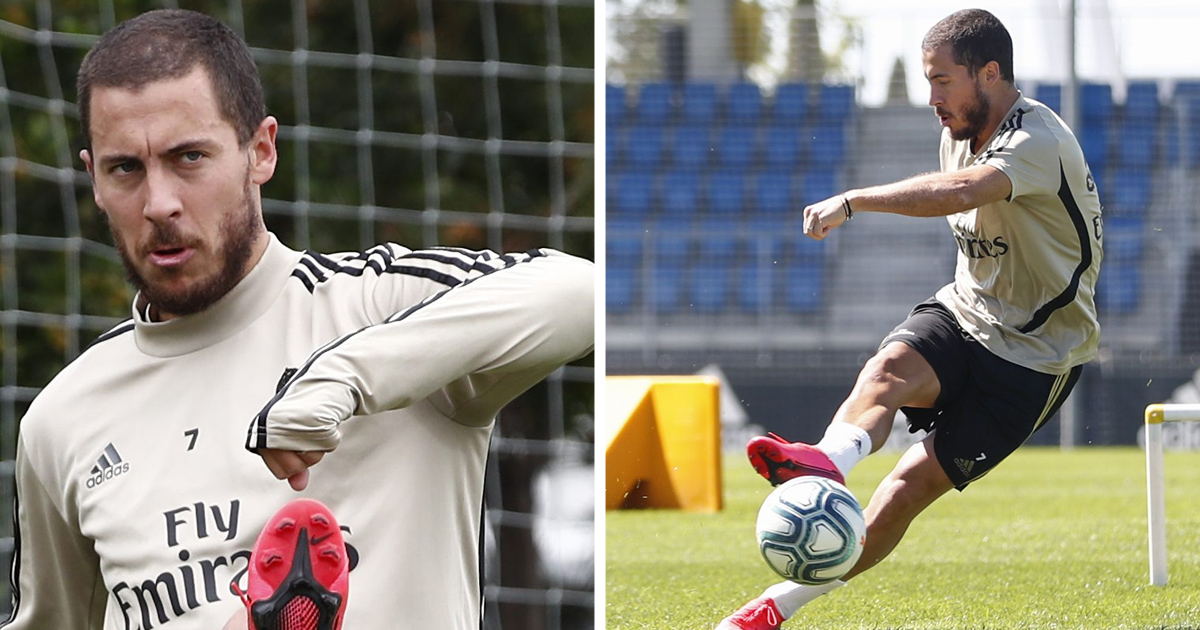 Better than ever: Real Madrid count on Hazard to be ready when La Liga returns

It looks increasingly likely that Eden Hazard will be on the pitch for Real Madrid when La Liga restarts.

According to Marca, Zinedine Zidane and Real Madrid medical staff couldn't be happier with the Belgian's commitment and effort he is putting in regards of his fitness.

Eden has so far trained at the same level as his teammates, despite having to fight back from an ankle injury.

The source add that Madrid provided Hazard with a special recovery plan after he underwent surgery back in March. The playmaker was visited by a physio and a recovery specialist at home so his recovery wasn't halted by the coronavirus pandemic.

The Belgian himself provided an update on his fitness earlier today, saying that because of the injury, he now needs 'more fitness and more with the ball'.

Nevertheless, the plan stays very much the same: 'to be ready for the next game'. So far, La Liga bosses remain adamant that the season will resume on June 12. This is also when we should expect Eden to return.

As you can guess, Hazard is very happy about his return to 'real' training:

The 29-year-old underwent ankle surgery in March after fracturing his right fibula in February's defeat to Levante. He was expected to miss the remainder of the season after that.

Hazard and the rest of the squad returned to individual training at Valdebebas last week. La Liga clubs are now allowed to train in small groups of 10, with the Belgian also being involved.

Eden's debut season at the Bernabeu has been ruined by multiple injuries. He has scored just one goal in 15 appearances for Madrid since making a €100m move from Chelsea last summer.

I am so much very happy to see hazard and asensio in our squad.glory be to almighty Allah.

Hazard must be played like how he was used at chelsea

He will show the world the real of him