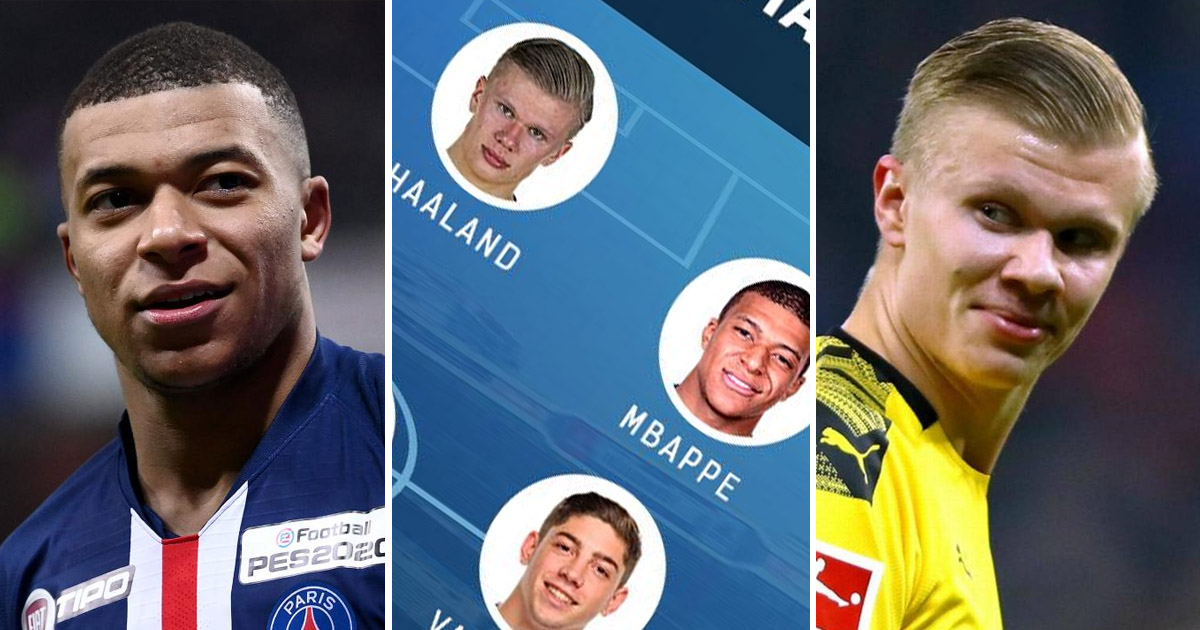 As the Whites are reportedly set to bring both Erling Haaland and Kylian Mbappe to the Bernabeu in the summer of 2021, Tribuna.com take a look at how Zinedine Zidane's XI could look like in the 2021/22 season.

Paris Saint-Germain star Kylian Mbappe and Borussia Dortmund sensation Erling Haaland are the two players Real Madrid appear to be interested in the most.

Even though any of the pair is unlikely to join the Whites this summer, Madrid are reportedly set to land them at the end of next season as Eden Hazard, Haaland and Mbappe are said to be Florentino Perez's dream attacking trio.

Here's Tribuna.com take a look at how Zinedine Zidane's XI could look like in the 2021/22 season.

That's the likeliest line-up with Hazard, Haaland and Mbappe forming the new HHM trident with the Norwegian on top and the French-speaking duo on the wings.

Zidane isn't the biggest fan of the formation but Mbappe and Haaland leading the front-line would certainly be a huge success.

The Belgian had been used in the false nine and the No.10 positions numerous times during his spell at Chelsea. So, there's a possibility.

Which one do you prefer the most? Let us know in the comments or via our blogging platform!

always happy to see Hazard in the no.10 position. I will pick option 3.