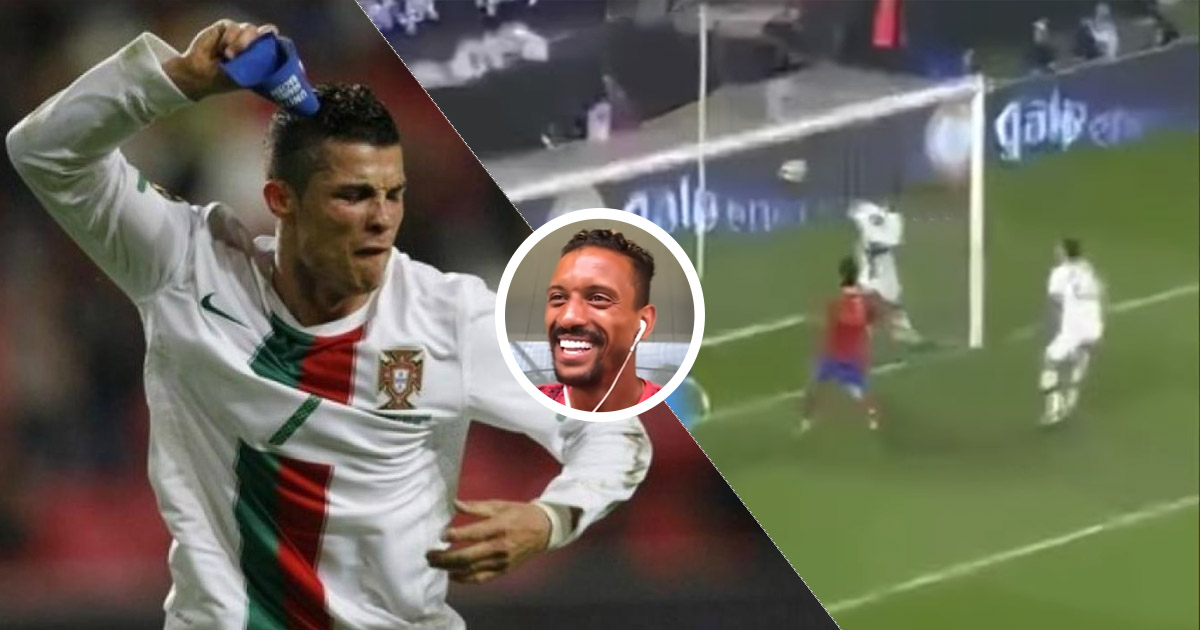 Former Man United midfielder has recalled how he ruined one the best goals Cristiano Ronaldo has ever scored. The incident took place in 2010 when Portugal destroyed Spain 4-0 in Lisbon.

Then-Real Madrid star Ronaldo gave his country the lead with a superb chip-effort in the first half but his opener was disallowed because of his teammate. Nani headed the ball from the offside position when it was dropping into the net sparking a furious reaction from Cristiano.

"Imagine if the ball was not in and then I took it before. I was not offside if you see that video.

"But obviously I had no intention to take the goal from him. I told him 'Sorry' in that moment because it was a beautiful goal.

"And for me, that goal still exists, you just need to cut out the part where I touched the ball! But thank God he doesn't need that goal to be who he is and he has so many goals to choose and still enjoy his career, and the fans as well."

Thankfully, it was only a friendly encounter. Ronaldo has gone on to face Spain two times since that night in Portugal but failed to win on both occasions.

'We never thought it would happen so fast': Nani reveals no one at Man United expected Cristiano Ronaldo to join Real Madrid in 2009
16
3
13 days ago
Cristiano Ronaldo returns to training with Juventus as Serie A clubs resume individual sessions
19
6
13 days ago

Ronaldo is the king of Madrid ..Thanks for telling me, his history always..

You are being a hypocryt. Any transfer target is as much another club’s play as Cr7, yet I dont see you complaining about transfer news. Sit down.

This myopic behavior must stop. We can't have peace in our own house.This is App is for Real Madrid stuff stop worrying us with other clubs players stuff, wait when he goes for retirement you can start to post about him here.