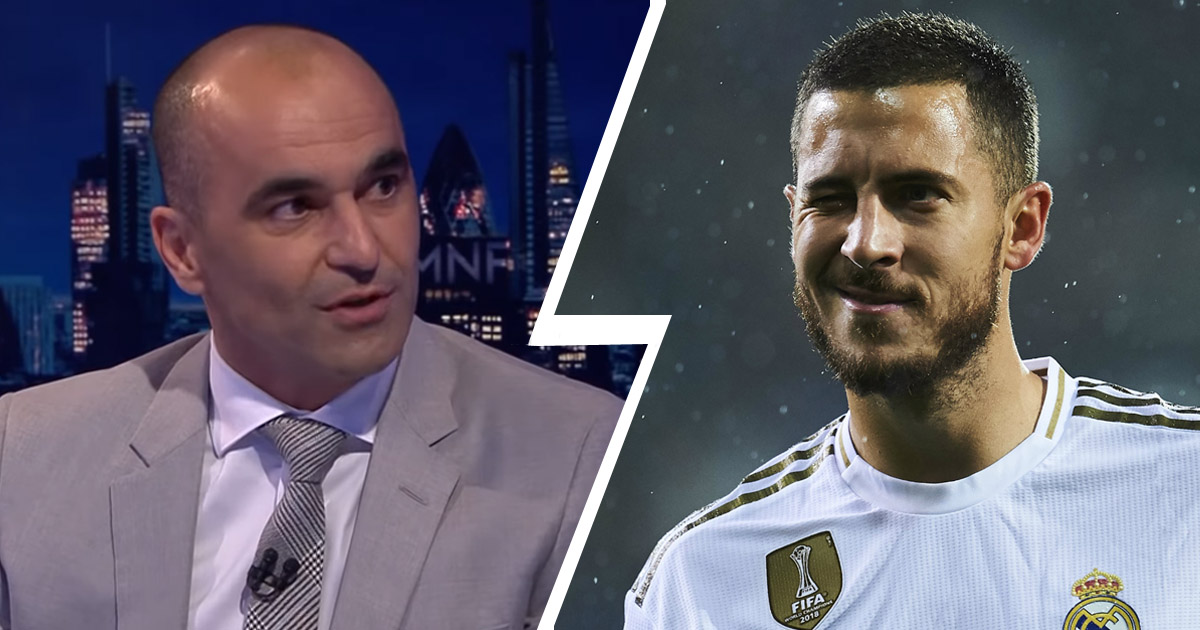 Despite enduring a poor start to life at the Santiago Bernabeu, Eden Hazard has every chance to win the Ballon d'Or with Real Madrid in the foreseeable future, Belgium head coach Roberto Martinez has claimed.

"He can totally win the Ballon d'Or with Real Madrid, without a doubt," he told Cadena Ser.

"Sometimes it takes a difficult start at your new club to give everything you have inside and understand what it means to play in a great club like Real Madrid.

"Eden does not miss games, he lost 18 games with Chelsea in eight years and this has been circumstantial. The game that was injured against Paris Saint-Germain we already saw Eden with a lot of joy in his football with a great connection with his team-mates. I think Real Madrid fans are confident that he will bring many successes."

Hazard moved to the Spanish capital in a €100m switch from Chelsea last summer. The Belgian's debut season has been ruined by a host of serious injuries.

The 29-year-old has scored only one goal in 15 appearances across all competitions this term so far.

Thankfully, the winger returned to training with the main group last week and could be ready to play again once the 2019/20 La Liga season resumes its course in June.

"He is very happy. The footballer Eden is in a moment of great joy, he is very comfortable," Martinez added on Hazard's return to training.

"All the steps have been taken in great detail and I would have had no problem to end the season with Real Madrid and reach the European Championship. I see him very happy and looking forward to some joy this season."

Eden Hazard provides fitness update as Real Madrid return to group training
18
0
13 days ago
'I have seen him a little self-conscious': Cesc Fabregas tips Eden Hazard for 'great future' with Madrid despite disappointing debut season at Bernabeu
25
0
26 days ago