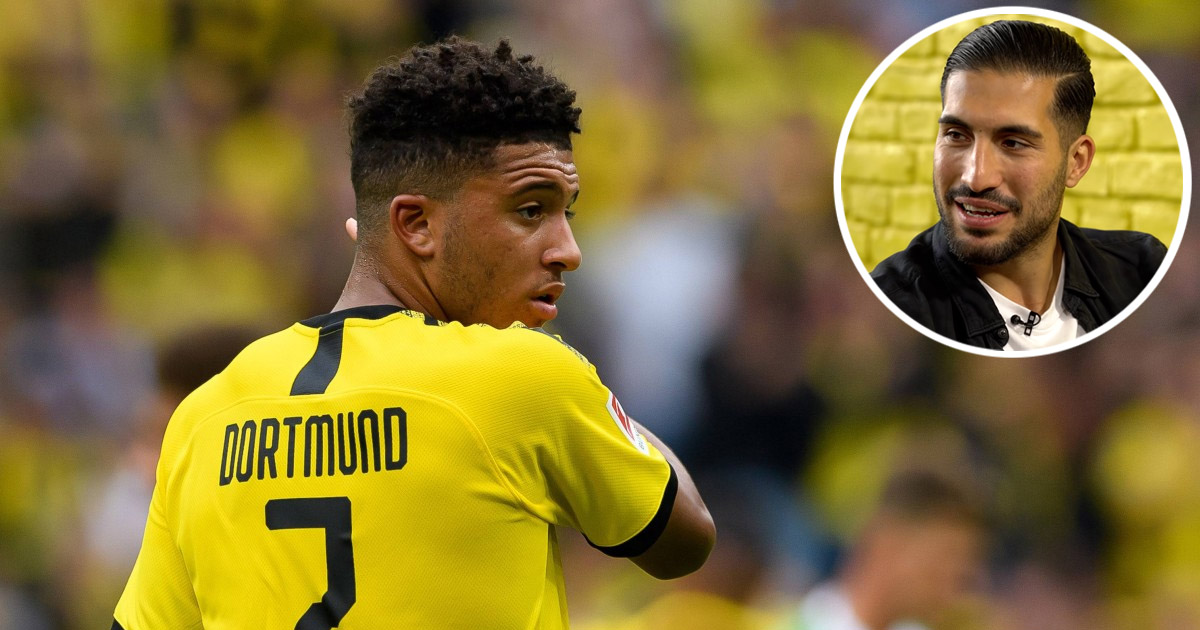 Borussia Dortmund midfielder Emre Can has called on his teammate Jadon Sancho to snub a potential transfer to Man United or elsewhere and stay at Westfalenstadion instead.

Speaking to Bild about the Englishman's future, the former Liverpool and Juventus man said: "I see no reason to put United over Dortmund. Neither sporty nor attractive.

"I tell him: stay here and let's play together forever. Jadon has a class that not many players have. I noticed that pretty quickly. He is extremely important to us."

Even though United are said to be the frontrunners for the 20-year-old, Real Madrid, Barcelona, Chelsea, Liverpool and Man City remain linked with him.

Some reports have suggested that the winger's entourage reportedly advised him to move to Spain as he'll have a better chance of winning the Ballon d'Or 'playing for either Real Madrid or Barcelona'.

The England international has scored 31 and set up 42 goals in 91 appearances for BVB since joining the Bundesliga outfit from Man City's academy in 2017.

He's tied with Borussia until 2022. Dortmund won't let him leave for less than £105m this summer.

'Sancho is not like Ronaldo. That will take one or two years more': Former Dortmund man Steffen Freund
7
1
10 days ago
'When there's no space, Jadon finds space': Owen Hargreaves explains what separates Sancho from rest of talented youngsters
11
2
12 days ago