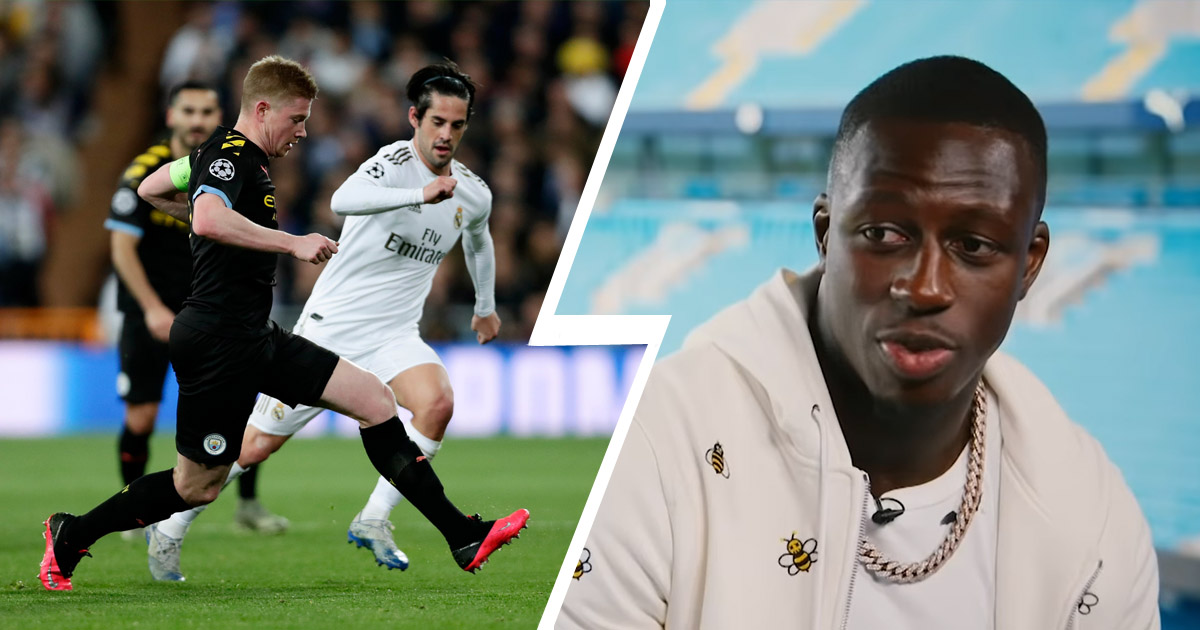 Man City's 2-1 victory over Real Madrid in the Champions League last-16 round back in February practically doesn't give the Citizens any advantage, according to Benjamin Mendy.

The City left-back is very aware of Madrid's threat and has warned his teammate about it.

“I know that in the minds of every player, they know that just because we won there does not mean that it is finished or that we are qualified," he said, as quoted by Goal.

"It is not every day that you go to somewhere like the Bernabeu and perform like that in the Champions League.

"We have an opportunity to go far in this cup and we want it, so everybody wakes up, works out, stays focused on the target for when they say we can come back. We don’t have the Champions League yet so it is the dream.”

Pep Guardiola's men managed to come back at the Bernabeu thanks to goals from Gabriel Jesus and Kevin De Bruyne that cancelled Isco's opener that night.

The second leg tie at the Etihad, however, has been postponed indefinitely due to the COVID-19 pandemic and is now expected to take place in August.

UEFA's plan objective is to complete the 2019/20 CL season in August after domestic leagues complete their campaigns.

Will Madrid beat City in Manchester? Share your predictions in the comments or via our blogging platform!

you know then,we are coming stronger an better .I bet you we will knock Man city out insha Allah, I'm always praying for it to be a memorable night in the heart of madristars hala Madrid

we will come back stronger brother ⚽️

The Gem.
7 days ago
•••
Reply to a comment by Musa Sillah

And it was embarassing dude. We barely survived an embarassing scoreline. We have a red card on our captain and we have to score 3 goals. Not to mention City is usually lit in their stadium, albeit fans are usually there. Dont know what Musa Sillah is talking about