Tribuna
/
Real Madrid
/
News
/
'His best quality he has is not tactical nor technical': Carlo Ancelotti on what makes Sergio Ramos key player for Real Madrid 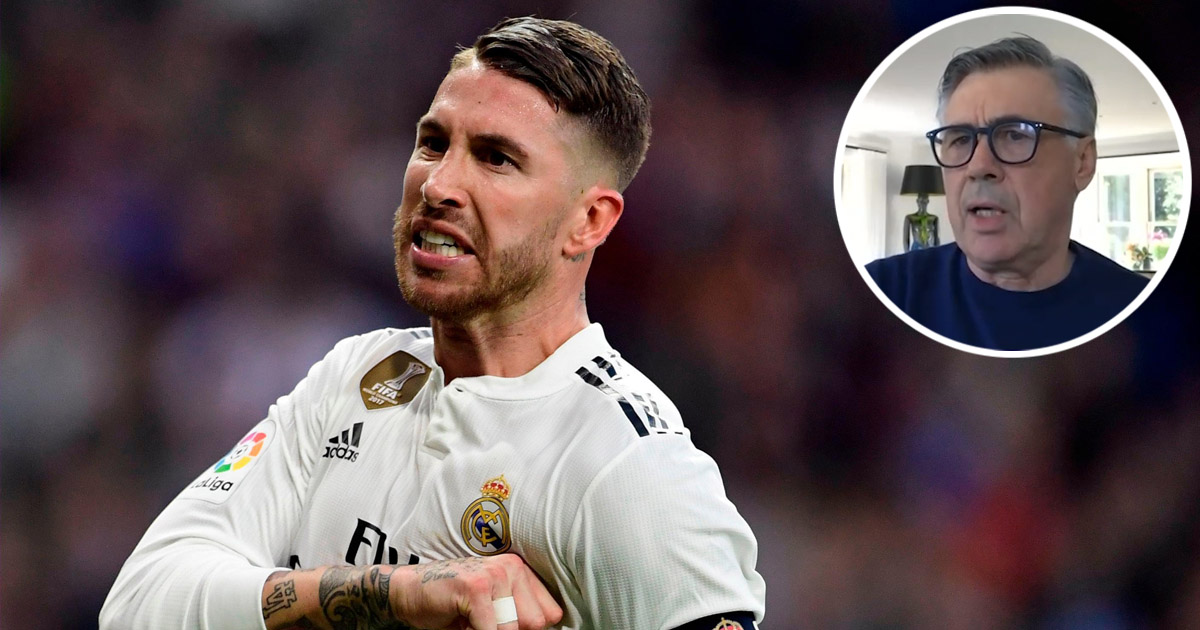 'His best quality he has is not tactical nor technical': Carlo Ancelotti on what makes Sergio Ramos key player for Real Madrid

Former Real Madrid boss Carlo Ancelotti has recalled what it was like to coach Sergio Ramos also explaining what makes the 34-year-old a key player for the Whites.

"Sergio Ramos also has fantastic quality," the Italian told Sky Sports. "I think his best quality he has is not tactically, it's not technically, it's character and the personality that he has and the ability he has to motivate the people around him, like his team-mates.

"Ramos during that period was important for this, he was always at the top when the game was important and in the key moment of the games."

Ancelotti won the Champions League, the Spanish Cup, the UEFA Super Cup and the FIFA Club World Cup at the helm of Madrid between 2013 and 2015.

It was him who gave Ramos the armband on a temporary basis and the Spaniard repaid the manager's trust in him with his arguably most important career goal - the stoppage-time equalizer in the 2013/14 CL final against Atletico Madrid.

Ramos scores THAT header with Atletico:

'Sergio has a lot of football ahead of him': Fernando Redondo sends message to Ramos as Spaniard edges closer to retirement
16
3
10 days ago
'It is the easiest way to be a manager': Carlo Ancelotti recalls what was it like to coach Cristiano Ronaldo at Real Madrid
16
0
10 days ago

Ramos the soldierboy, El Capitano. Come to think of it, he has been instrumental in all of our four latest champions league triumphs.