Tribuna
/
Real Madrid
/
News
/
'People have suffered a lot and we want to win this league title for our fans': Vinicius sends transfer warning to Barcelona 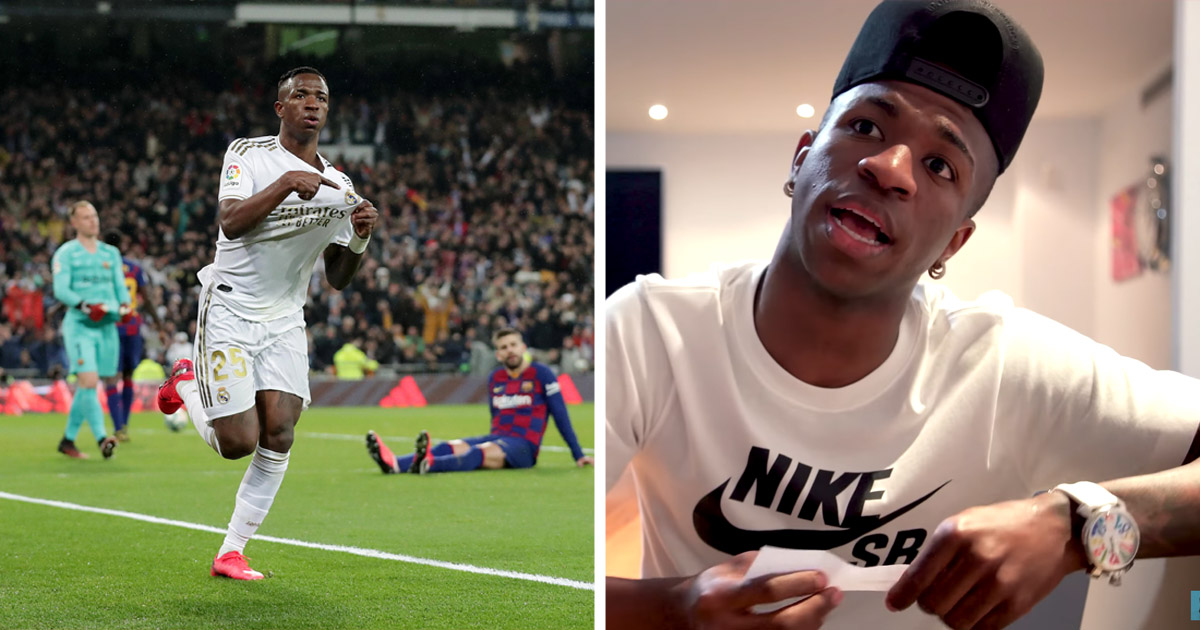 'People have suffered a lot and we want to win this league title for our fans': Vinicius sends transfer warning to Barcelona

Real Madrid can't fail and are not going to fail in their pursuit of the 2019/20 La Liga title as Zinedine Zidane's men eager to make the club's fans happy amidst the COVID-19 crisis, Vinicius has claimed.

The 19-year-old helped the Whites to beat Barcelona with his opener in the 2-0 victory at the Bernabeu on March 1. December's El Clasico, in turn, finished in a goalless draw at Camp Nou.

The Brazilian believes Madrid have been superior to the Catalans this season and both head-to-head clashes prove it.

"I've watched the games again and I think so. I think we were better than them in more aspects," Vinicius said in an interview with Marca.

"We've had very good games until now and we have to recover our best form. We're really hungry to come back, to win, and we want to win this league title for our fans. People have suffered a lot and we want to give Real Madrid fans something to cheer about in this situation.

"We know that winning the league isn't going to be a solution for big tragedies, but it would be something to smile about, something to be happy about."

Zidane's side, however, lost the following encounter with Real Betis 2-1. The defeat put Madrid two points behind Barcelona a few days before the coronavirus pandemic put the season on hold.

"The result against Betis was a great shame," the Brazilian added. "Now, we have a mission we can't fail. We can't fail and we're not going to fail."

As La Liga season is set to be resumed in mid-June, the Whites returned to training at Valdebebas last week.

"We may have only returned [to training] 11 days ago, but everyone's rhythm looks good," Vinicius concluded.

"We've still got lots of group work to do because we can't do it yet, but all my team-mates are very strong and very well. There's still quite a bit of work left to do, but we're feeling good."

There are 11 Spanish top-flight matches to be played this term.

'A bit like coming back after injury': Vinicius speaks on return to training
24
4
16 days ago
Alvaro Arbeloa: 'Madrid are clearly better than Barcelona'
32
0
23 days ago