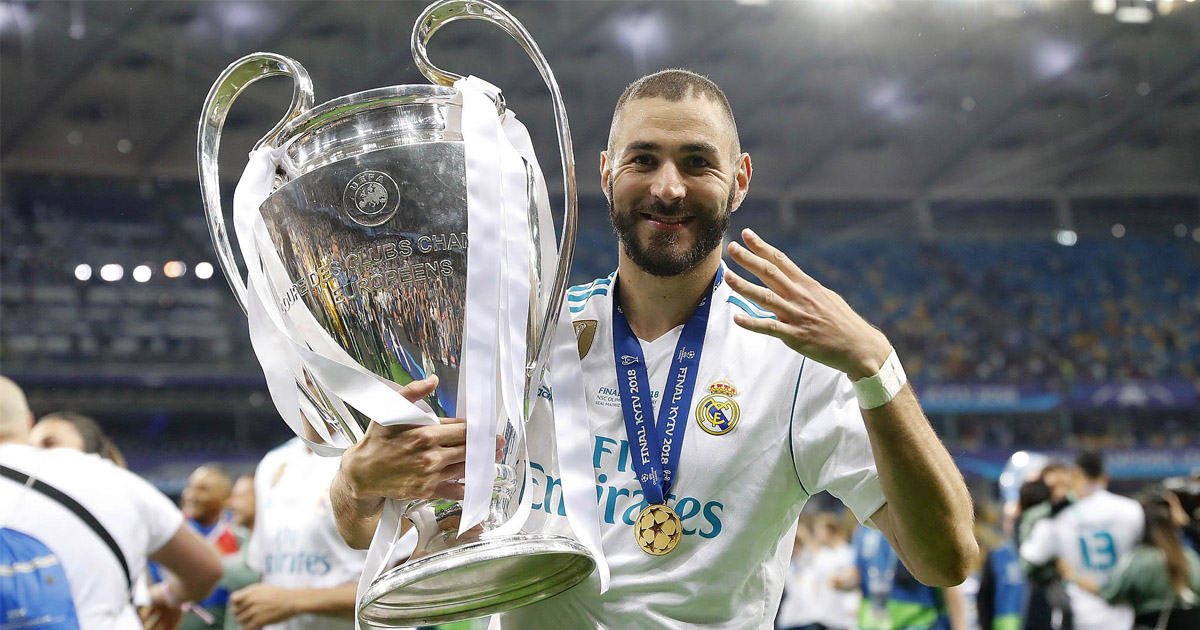 Real Madrid striker Karim Benzema is the third-most prolific player in Champions League history as only Cristiano Ronaldo and Lionel Messi have contributed to more goals in the competition since its creation in 1992.

The Frenchman made his CL debut in Lyon's 2-1 victory over Rosenborg in December 2005. He scored once for the Ligue 1 side that night. The 32-year-old has netted 64 and set up 27 goals (91 in total) in the competition since then.

Benzema's former Madrid teammate Ronaldo, who tops the list, has 129 strikes and 40 assists (169 in total). The Barcelona living legend, in turn, has contributed to 149 Champions League goals so far - 114 goals and 35 assists.

52 out of his 64 CL goals, Benzema has netted for the La Liga giants while the other 12 he scored for Lyon prior to making a switch to the Bernabeu in 2009. As for the trophies won, Karim has claimed four CL titles with Madrid so far.

Benzema for Madrid in Champions League:

Benzema for Lyon in Champions League:

The 32-year-old's Madrid record also makes him the club's third-best goalscorer in Europe behind Cristiano and Raul who have 105 and 66 strikes respectively.

Lewandowski names Benzema among top 5 best strikers in the world
21
2
14 days ago
'Benzema is a world-class forward but not a killer': Madrid legend Hugo Sanchez urges club to sign new No. 9
17
2
25 days ago

lol Raul is still 3rd in goals. but Benzema has a few more seasons