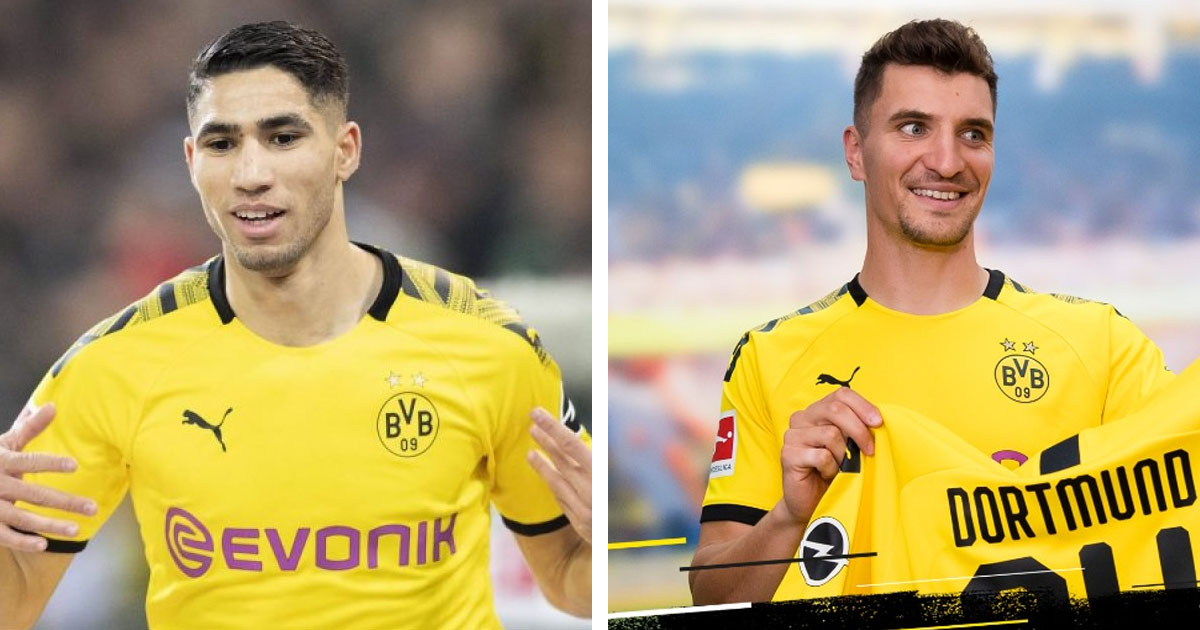 It's not yet clear where Achraf Hakimi will spend the 2020/21 season but most likely it won't be Borussia Dortmund.

As BVB have announced on Thursday, they have signed right-back Thomas Meunier on a free transfer from Paris Saint-Germain. This means that the German now have Achraf's position covered and won't be in the contest for the Moroccan's signature this summer.

The Madrid academy graduate joined Borussia Dortmund on a two-season long loan in 2018. His deal with BVB expires on June 30 with Achraf set to return to the Bernabeu, according to the player's agent.

A host of European top clubs are interested in the 21-year-old ahead of the upcoming transfer window. The Whites are reportedly ready to part company with Hakimi for €60m.

Achraf is tied with Real Madrid until 2022.

Welcome back your home⚪⚪❤💪

Pls he shld be kept, I love his spend n attacking/defence mindset

I meant to speed

he should return n be a perfect substitute for Carvajal