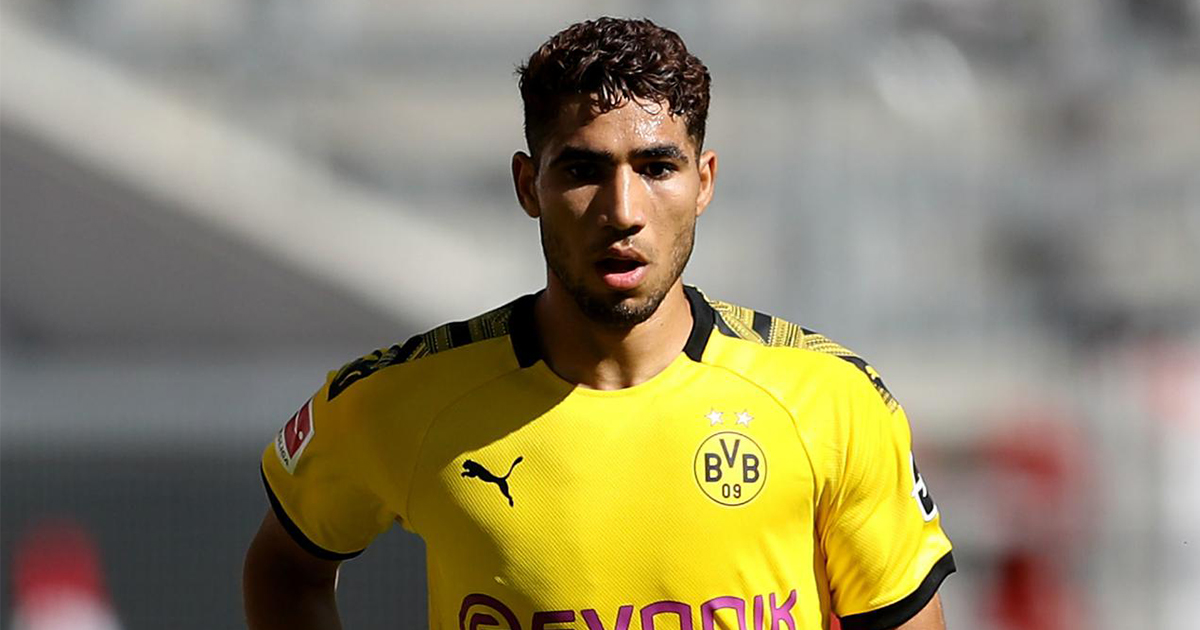 Looks like Achraf Hakimi's move to Italy is all but confirmed.

"Achraf Hakimi to Inter, here we go! Total agreement for €40M + €5M add ons to Real Madrid on permanent deal. Buy back clause has never been discussed - no chance. He'll join Inter on next week also with medicals and official announcement."

The rumoured reason for Hakimi's sale is said to be the starting XI spot that is not guaranteed to the 21-year-old at the Bernabeu.

Achraf Hakimi had a magnificent last season with Borussia Dortmund. The right-back was a regular starter for the Bundesliga side, having made 45 appearances in which he netted 9 goals and provided 10 assists.

The Moroccan is valued at €54m, so letting him go for €40m is perhaps a bargain for Inter Milan.

Why do we sell for so little? Do we not know the asset Hakimi is? This is a bad decision. Idk who the Madrid management is getting business advice from smh

we lost a great player for the future, like we did the same with Marcos Llorente, the great player who kicked the reds out of champions league, and we are so close to lose Dani Ceballos too, we are losing the future players for some coins.