Tribuna
/
Real Madrid
/
News
/
'We look at what Barcelona are doing but we’re focused on ourselves': Benzema talks heated title race 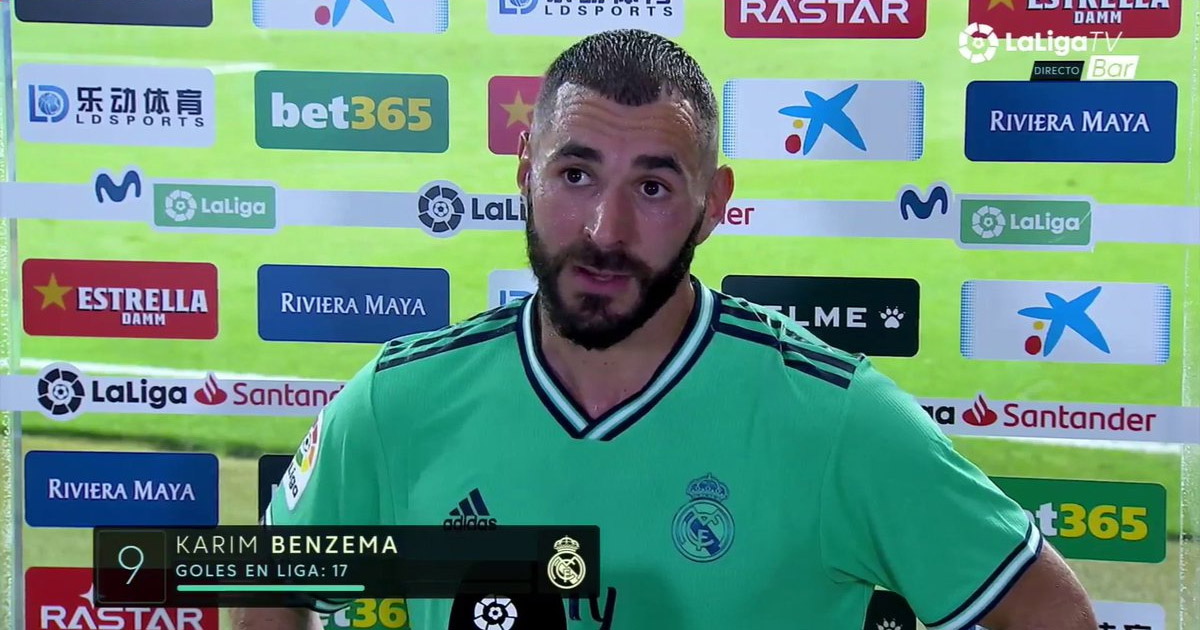 'We look at what Barcelona are doing but we’re focused on ourselves': Benzema talks heated title race

Karim Benzema has spoken about the La Liga title race as Real Madrid have secured a two-point advantage over Barcelona over the weekend.

"We’re in good shape and improving with every match," he said, as quoted by Madrid's official website.

"There aren’t many games left but every single one is like a cup final for us. Of course, we look at what Barcelona are doing but we’re focused on ourselves and on La Liga."

The Catalans drew Celta 2-2 on Saturday and the Whites took their chance to extend to the lead over Quique Setien's side to two points by beating Espanyol 1-0 on Sunday.

There are six games to play this season. Barcelona host Atletico on Tuesday next. Madrid, in turn, take on Getafe at the Alfredo Di Stefano stadium on Thursday.

Are Madrid already the 2019/20 La Liga champions? Share your thoughts on the title race in the comments or via our blogging platform!

Karim Benzema among only 3 La Liga players with double figures for both goals and assists this season
34
0
9 days ago
'It might be one of the best pieces of play of the whole season': Zinedine Zidane reacts to Karim Benzema's fabulous assist in Espanyol win
23
2
9 days ago