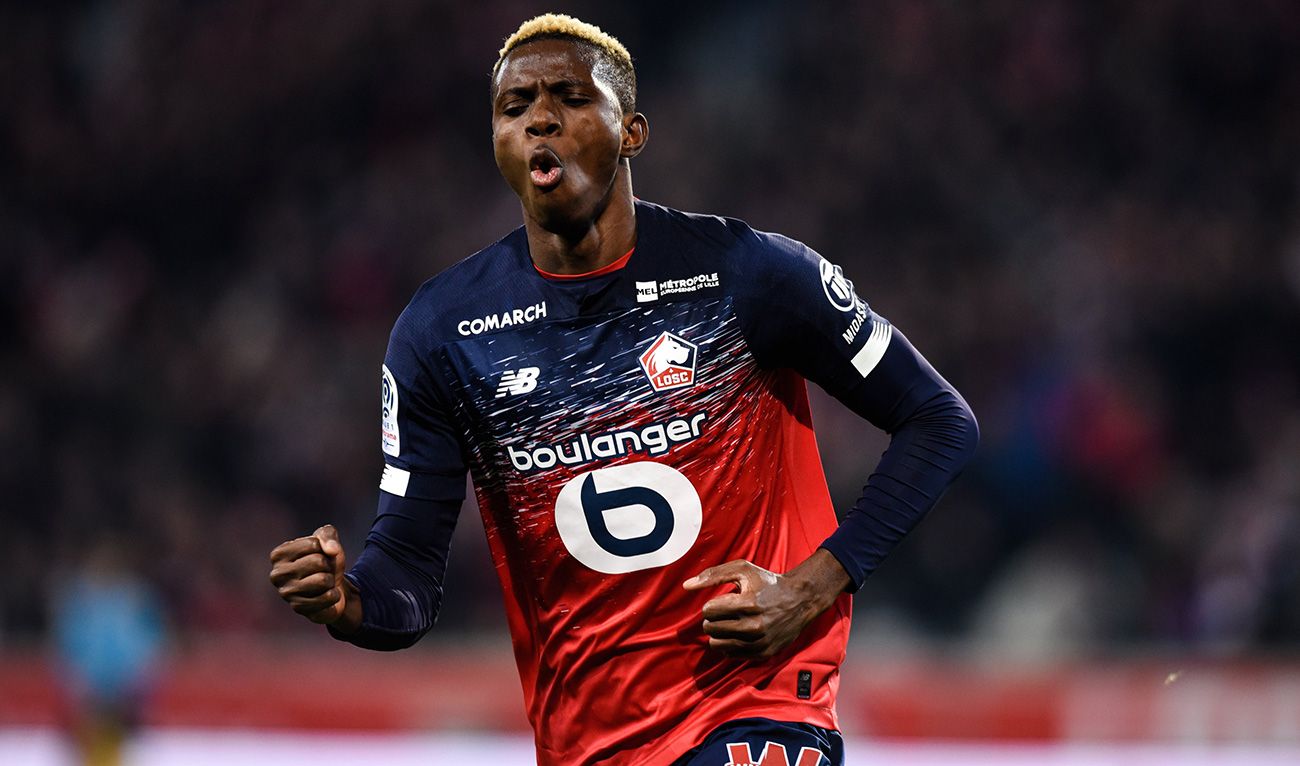 Real Madrid seem to have missed out on one potential Karim Benzema alternative this summer.

Lille striker Victor Osimhen and his entourage have travelled to Italy in an attempt to agree a deal with Serie A side Napoli.

The 21-year-old is said to have arrived in Naples on Tuesday afternoon and is set to meet with coach Gennaro Gattuso soon, as per Sky Italia's Gianluca Di Marzio.

The Whites were said to see the Nigerian revelation as a replacement for Luka Jovic who has scored only two goals in four La Liga starts in his debut season at the Santiago Bernabeu.

However, it appears that Napoli have beaten stiff competition of top sides such as Madrid, Man United, Chelsea and Arsenal.

Here is what Zinedine Zidane's side have missed out on:

Osimhen was having a breakthrough season in France with 15 goals and five assists in 31 appearances prior to Ligue 1's cancellation. The Nigerian international can play all across the attack, however, he is usually employed upfront.

The striker's market value is estimated to be €30m, as per Transfermarkt. Osimhen joined Lille last summer for €12m after spells at Wolfsburg and Charleroi and become a key player for the French outfit.