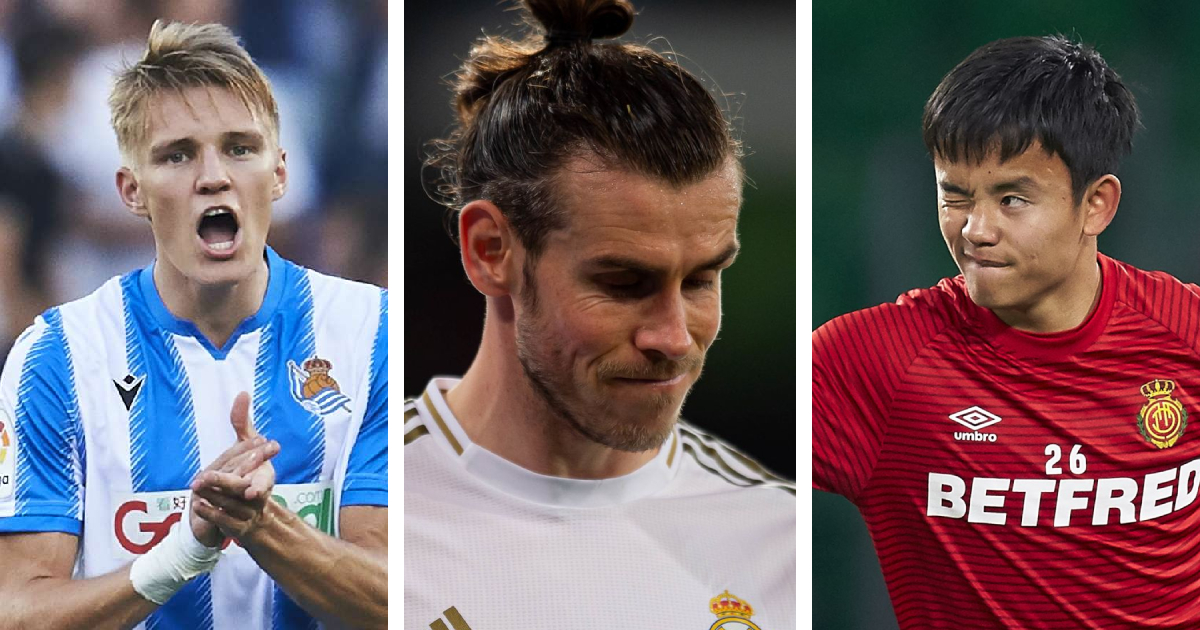 Tribuna.com takes a look at four on-loan Madrid players with a greater value when compared to Bale.

According to Transfermarkt, Gareth Bale is valued at a measly €28m - a stark difference from the €100m Real Madrid spent to sign him.

As a result of problems with Zinedine Zidane, Bale has been spending most of his time on the bench.

With the worrying reduction in his market value, here are four Madrid loanees who boast of a higher price:

Odegaard has been on fire while on loan at Real Sociedad and it seems like he will stay there for another season.

It is no surprise that the 21-year-old midfielder's market value has skyrocketed, given his talent and potential. Based on that, he certainly deserves a spot in the first team more than Bale.

Takefusa Kubo is going from strength to strength and is expected to be loaned out to a new club ahead of the 2020/21 campaign.

The Japanese starlet has been in the news for his impressive performances and as a result, his value has increased when compared to Bale.

Dani Ceballos has been a force to reckon with for Arsenal while on loan. In fact, his impact has been so strong that the Gunners are keen on signing him permanently.

It remains to be seen how that fares but the midfielder is happily reaping the benefits of his hard work. Even if he is sold, Madrid will stand to gain a sizeable fee.

Achraf Hakimi has already been sold but he spent enough time on loan at Borussia Dortmund, wherein he transformed his game to a great extent.

Despite being just 21 now, his value is already half of what Los Blancos paid to sign Bale all those years back.

It’s stupid how everyone keeps dragging Bale down but still RM doesn’t make a move for him. I love Bale but there’s no point in keeping him on the bench, criticising him constantly instead of letting him go and shine for some other club in which he is respected and valued.

RISHITA. Dear if you are Madrid fan you wouldn't be saying what you've said Bale problem is his agent they see Madrid as an ATM machine. Madrid is ready to let Bale go but his stupid agent knows that no club would give the kind of money he gets from Madrid. Bale feels his bigger than the club but we are Madrid we are bigger than an individual.

Yes my opinion too, Bale and his agent try to make fools out of Real Madrid, the club should take measures in order to stop this nonsense. But out president has made the biggest mistake in football history to extend the contract with Bale instead of selling him and buying Mmappé

Clive Bacon,let them talk,they always listen to stupid things the Spanish media say about foreign Real Madrid players,Nacho is not good enough to be at Real Madrid but nobody oppose him because he is Spinard.

Ruutman
6 days ago
•••
Reply to a comment by Lansana Kabia

Buh how much is Nacho paid???? In Bale's situation we're talking about one of the highest, if not the most paid player in Real Madrid who takes delight in sitting on the bench and fool during matches. He's a waste product and should be ready to play for Norwich City in the championship rather than trying to get a better team cos no serious top European club will need his services