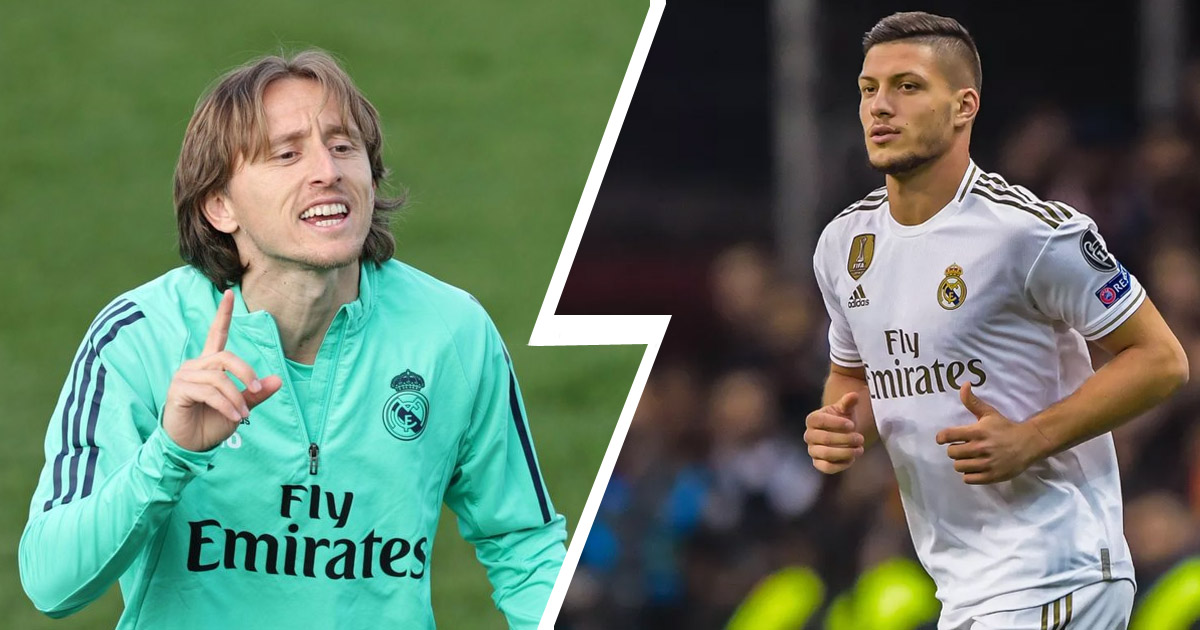 ESPN: Modric, Jovic and two more players Real Madrid tipped to offload to back Zidane in the summer

As the likes of Mbappe, Pogba and Kane are likely to cost Madrid around €150m each, ESPN FC pundit Alejandro Moreno has backed the Whites to offload four players to fund Zidane's transfer plans this summer.

"I think Toni Kroos stays and the reason that he stays is because [Modric] goes.

"So you've got to have some balance. If Toni Kroos is going to stay, then Luka Modric is going to go and the reason he is going to go is he is getting older and he has become a kind of part-time player for Real Madrid.

"And how quickly he went from being the Ballon d'Or winner to being a part-time player for Real Madrid, the transition has been quick, the slide has been quick and I think he's going to be out of Real Madrid soon."

"He's been gone forever, hasn't he? There's no chance they can keep him again through the summer.

"He's not getting any younger and his fitness in terms of staying healthy has been a question and continues to be a question.

"He has struggled and yet you feel that the struggles come from the fact that this is not a team that creates a whole lot of chances and this is not a guy who is going to turn on people and go after people and score a bunch of goals unless those chances are created for him.

"He goes but it's a tough decision."

"I don't even know what to tell you about James Rodriguez.

"Of course we know that James Rodriguez is at Real Madrid but when they put this list together and you're going through the names, 'oh yeah, James Rodriguez'."

Sometimes we defend players bcoz we love them...and we forget the love we have for the club. AM A TRUE MADRIDISTA...am not defending a player if my Real madrid are not doing good. Some players have done a lot for Real madrid...both good and bad times, but its time they should go. I have 6 players (current market value in brackets), I think Real madrid should let go and create fund for new signings. 1. Bale (€40m) 2. James (€40m) 3. Modric (€15m) 4. Mariano (€16m) 5.Odriozola (€20m) 6.Benzema (€40m) 7. Oscar (€12m) 8. Marcelo (€20m) TOTAL €203M Many on the list are not regulars except KB9...their position can be covered by our loanees and new signings. We shouldnt hold players whose best moments have passed

Buh u people I don’t understand you oooo Does it all players to adapt to a team in just a season?????? Relax for Jovic didn’t u see wah he did for Frankfurt last season?????? Why are u people stressing the boy??? What is benzema even playing this season Tswww