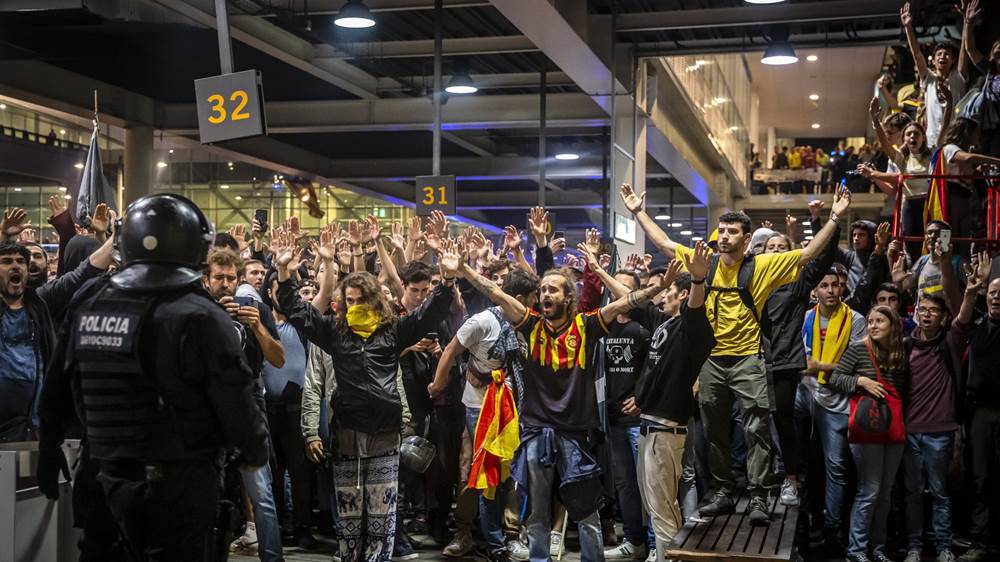 Ongoing political protests in Catalonia put upcoming El Clasico under serious threat. To an extent that Mossos, Catalan police force, reportedly doubts that the game between Barcelona and Real Madrid can be played on December 18, the date it was rescheduled for.

TV program El Chiringuito cites the sources at Mosses, who claim that guaranteeing security for the clash at the Camp Nou is 'almost impossible' in the current political climate.

Previously it was reported that political organization 'Tsunami Democratic' were planning to organize political protests on the same day, The rally around the Camp Nou stadium is set to start at 16:00 CET, just four hours before the Clasico kicks off.

18,000 followers of 'Tsunami Democratic' are reported to be ready to participate in this event.

It remains to be seen how the Spanish FA are going to react.

'Tsunami Democratic' group refers to alleged political oppression following the imprisonment of Catalan leaders in October for their participation in the Catalonia independence movement in 2017. The court's verdict caused political unrest and tensions in Barcelona.

The match between Barcelona and Real Madridwas initially meant to be played on October 26, however, it was rescheduled due to security concerns in Catalonia. Both clubs released their official statements where they named December 18 as their preferred date for El Clasico.

La Liga then protested the decision as they were afraid of losing part of the revenue due to the game being held on Wednesday, alongside Copa del Rey and FIFA World Cup clashes.

'All we're thinking about is the next game': Zidane remains unconcerned with political protests
21 2
1 month ago

Play the game in Istanbul

Pls extend it to next year, pls, I want a fully fit team against barca pls

changing the venue should be the best option pls