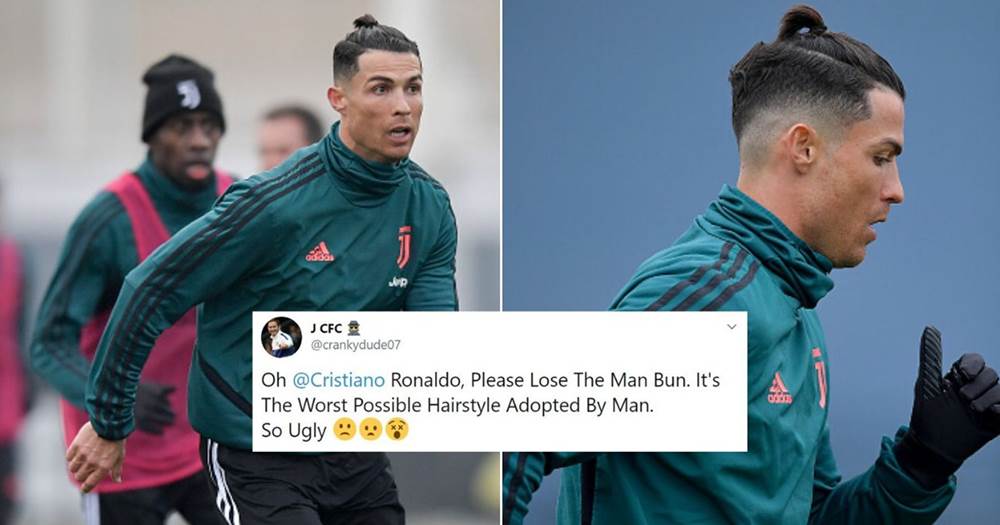 Cristiano Ronaldo entered the year 2020 with a new hairstyle and people don't like it.

New year, new hairstyle for Ronaldo as he sports a daring TOPKNOT during Juventus training
He was seen controlling the ball whilst being watched by Miralem Pjanic as fans joke he copied former Real Madrid Gareth Bale.

He wants to compete for the best ponytail in serie a😂😂 pic.twitter.com/P7iX22Izy9

He’s trying to look like griezman or what ? pic.twitter.com/bFV8wRGx0t

He looks like a Tunisian street kid with money

And we say - let the man be. He can do whatever he likes with his hair and so do you.

that's the truth is not favourable for you

am his fan but honestly, that look awful