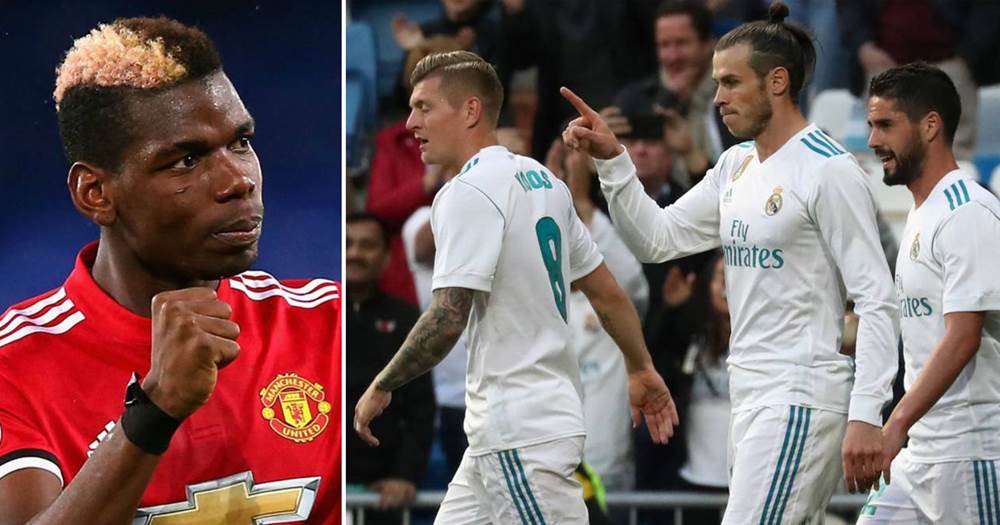 Isco, Kroos, 2 more: Real Madrid ‘plan to offer’ United 4 stars to choose from to get Pogba

According to the Sun, Real Madrid are preparing an offer which should be hard to say no to in order to get their hands on Paul Pogba. Los Blancos are ready to give Manchester United to choose from several players in addition to some cash.

Gareth Bale, Isco, Luka Modric and Toni Kroos all were linked to Man United at different times. These four players believed to be if not all then among the options for the Premier League club.

The report also claims that Zinedine Zidane doesn't mind either of the mentioned players leaving and that Real Madrid's latest contact with the Red Devils was just last week.

Moreover, not only Los Blancos are ready to add a player to the deal. Earlier, the Sun claimed  Juventus are set to offer Manchester United €70m plus €30m-rated Adrien Rabiot in an attempt to sign Paul Pogba in the January transfer window.

And there were also reports by Mirror, insisting that Pogba is free to rejoin Antonio Conte who used to be midfielder's boss with Juventus if Inter include their 22-year-old striker Lautaro Martinez into the deal.

'Use those 7.2m Twitter followers of yours': Chris Sutton urges Paul Pogba to share his future plans
25 3
16 days ago

We don’t even need him we have Fede Valverde

Miles Mishiku16 days ago
Reply to a comment by Hala Yaba

a team needs a number of midfielders !!! With Zidane's style of play we need pogba . Don't drink and post please . Start watching Pogba in action you'll understand why we need him if you know how Real Madrid play

Sorry, you are right I miss understood the statement. Also I’m agree with you about the attacking. I got confuse with my interpretation of the news. Thanks for clear to me. Great day...

Smith Kevin16 days ago
Reply to a comment by Hala Yaba

Stop saying we have Valverde, it's annoying. Will Valverde play every match?

Hala Yaba16 days ago
Reply to a comment by Smith Kevin

JUST SIGN MBAPPÉ, WE HAVE VALVERDE AND ØDEGAARD FOR OUR MIDFIELD