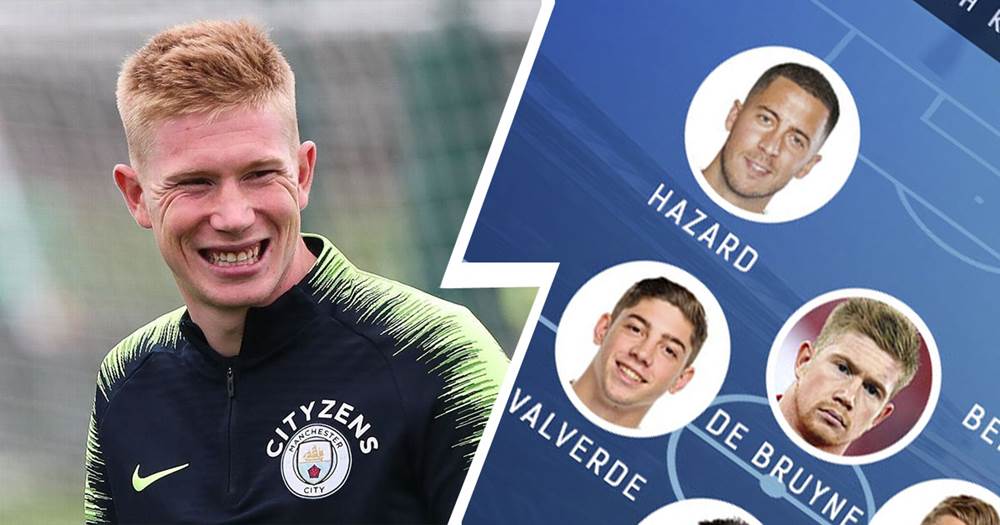 'Need a midfielder to run the show': Madrid fan urges to sign De Bruyne, choose where he fits best!

We have created three line-ups for you to pick from!

According to Tribuna.com's Real Madrid fan Kirk Brown, Los Blancos should consider a move for Man City star Kevin De Bruyne who could be a perfect replacement for some of our seasoned midfielders.

"As good as they are, Kroos and Modric aren’t getting any younger," Kirk writes on our app. "In the next year or two, we will need to invest in another world-class midfielder to run the show. It could be De Bruyne."

However, in the summer of 2022, De Bruyne will be 31 which is a year older than Toni Kroos is now. Besides, Luka Modric will be already 36. Maybe it makes sense to go for De Bruyne earlier, while he is in his absolute prime.

The 28-year-old Belgian is known for his versatility. He can cover literally any position in the midfield but has been more often used as an attacking midfielder or one of the midfield trio. He can also be a winger in the front three.

With that in mind, we have come up with three possible line-ups for Los Blancos if (and it's a big if!) they decide to sign Kevin. 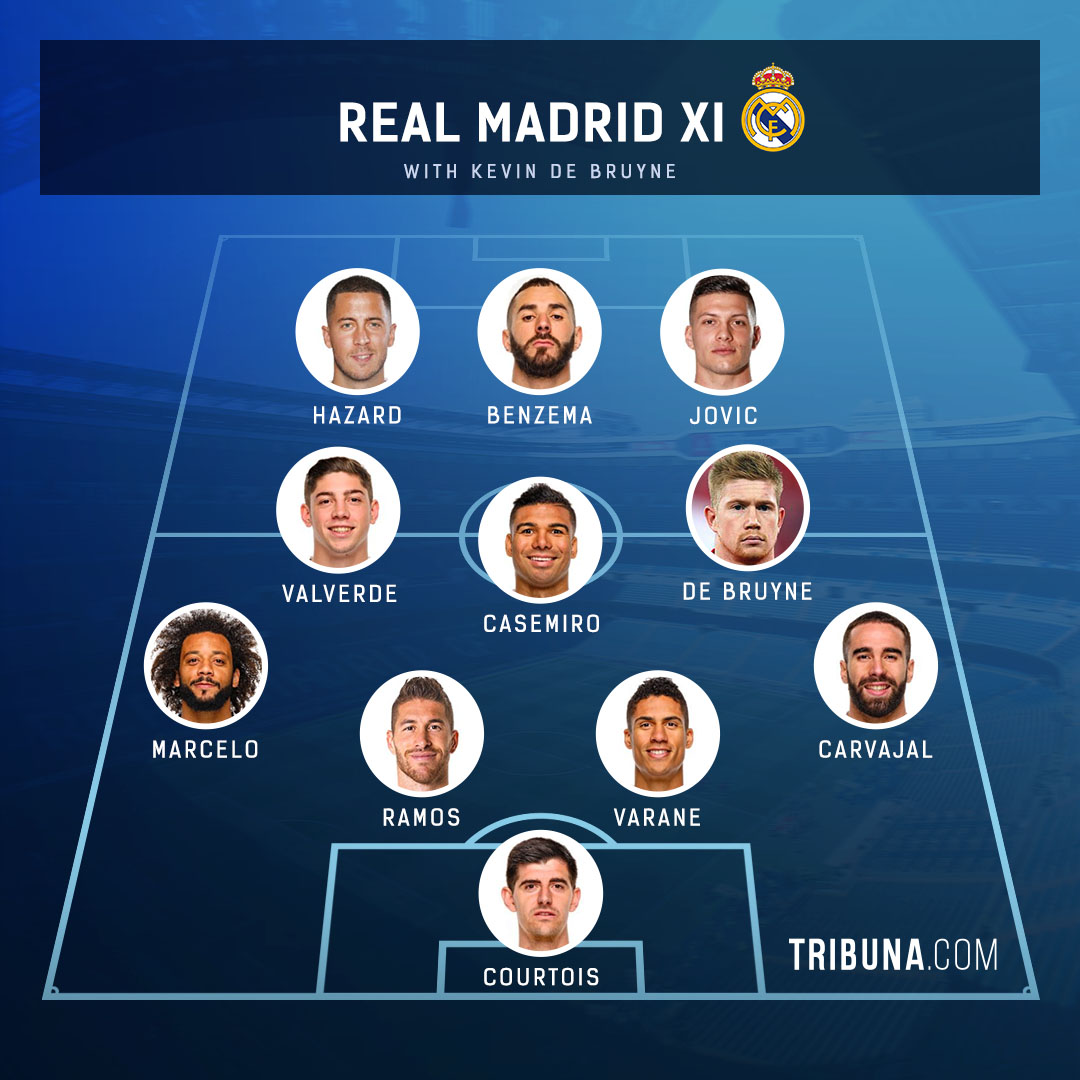 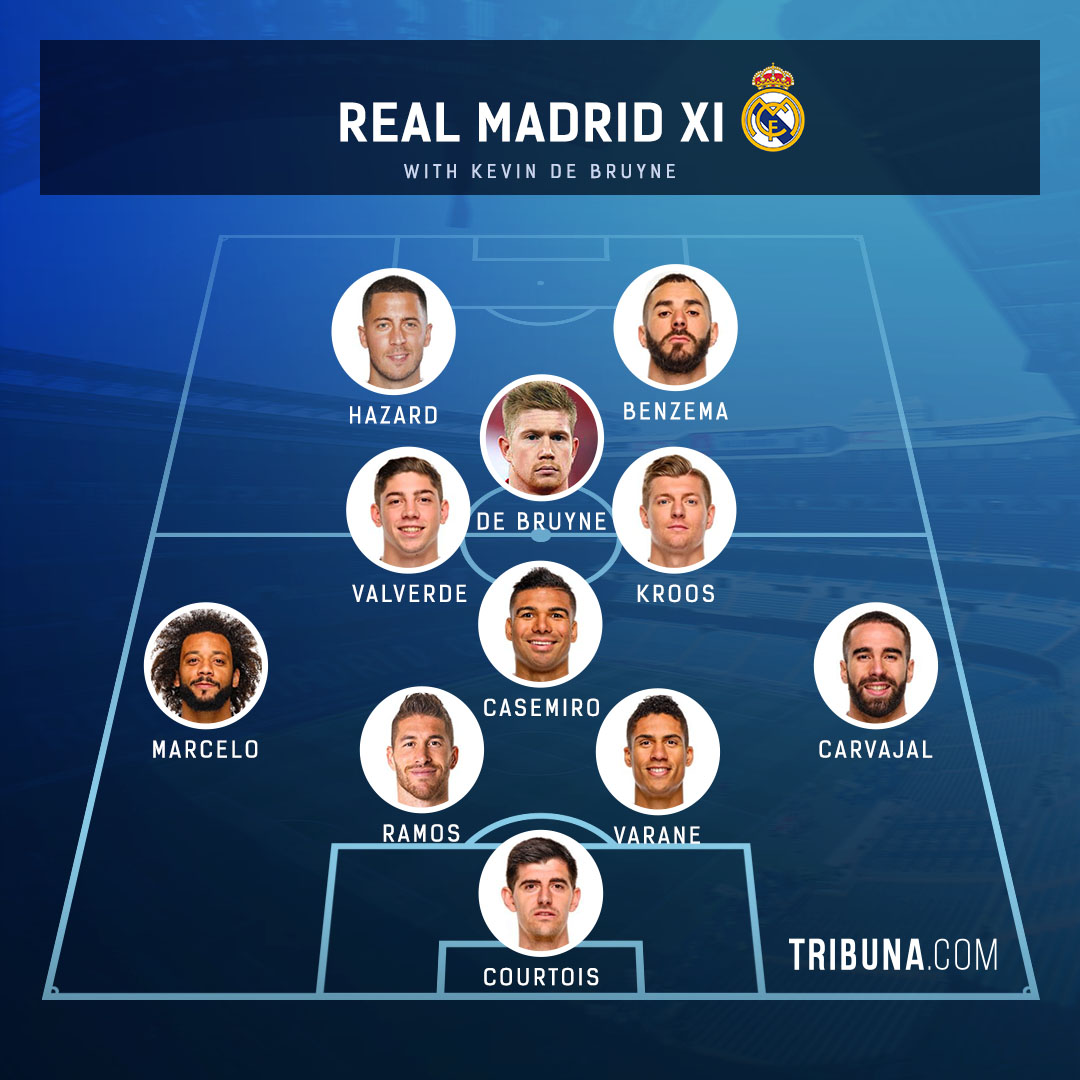 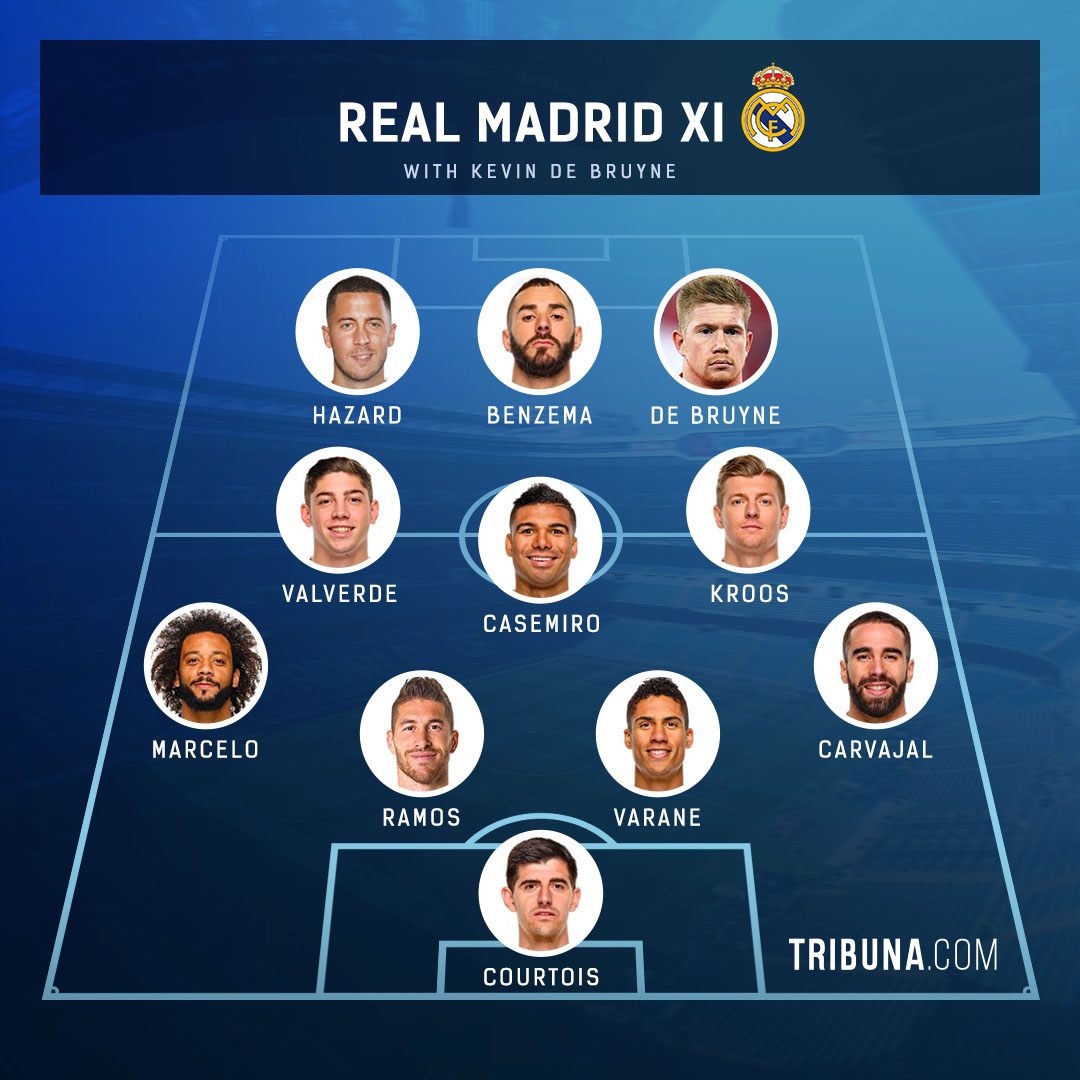 Where does the Belgian look more convincing? Pick the line-up you like and explain your choice in the comments!

⚔️ Ziyech vs De Bruyne: whom would you rather sign for Madrid?
23 59
1 month ago