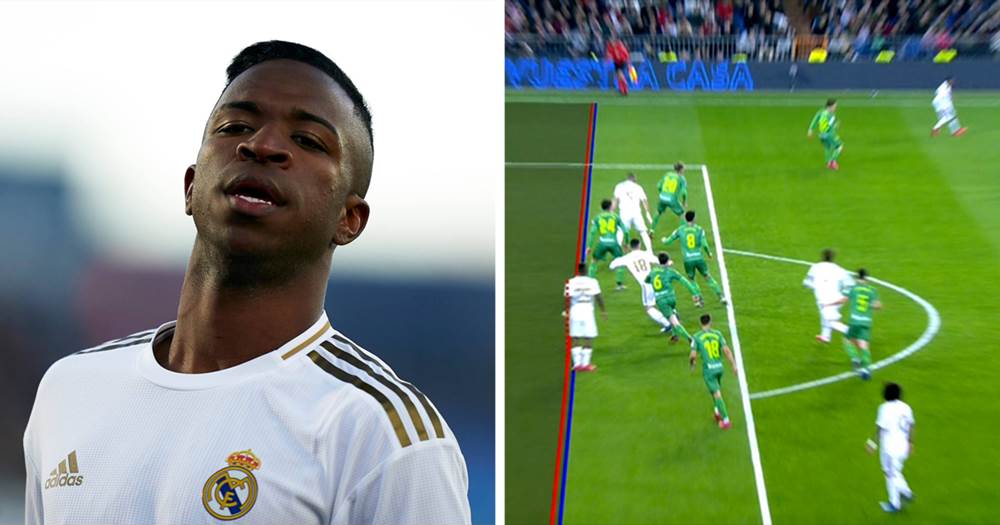 Modric assisted and Vinicius scored a goal for Madrid on Thursday. It would have meant a draw and a second chance for Los Blancos to qualify for the Copa semifinal.

However, after two-and-a-half-minute consultation and checking, referee Lahoz ruled the goal offside.

The problem is the image that influenced that decision didn't appear on TV. In addition, it didn't go public until the match ended.

There wasn't any shot shown on TV in which the attackers and defenders were present along with Modric.

VAR's major problem is the fact it doesn't always provide definitive images of the moment when a player passes the ball.

The photos are often unclear and the lines drawn look indistinguishable.

The Whites had gone on to lose 3-4 to the Anoeta outfit. Marcelo, Nacho and Rodrygo netted for the home side. Madrid loanee Odegaard scored one goal, Isak netted twice and Merino put an end to our Copa del Rey hopes.

Var should be punished, just bunch of kids looking at a screen, referee look weak with them, ref would have to go and look him self. It’s a deserved goal

Well all still feel the pain as true Madridstars,But let's take hard an look forward o ha confidence in Madrid I'm sure they will win both the la liga an champions league