Tribuna
/
Real Madrid
/
News
/
Where is he now? Story of ballboy who got kicked by Eden Hazard 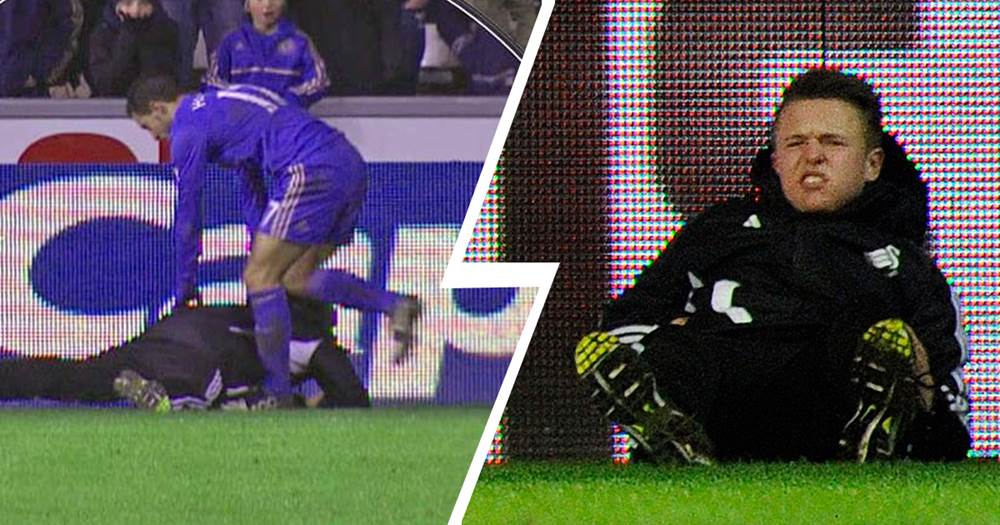 Where is he now? Story of ballboy who got kicked by Eden Hazard

Back on 23 January 2013, Eden Hazard kicked a ballboy against Swansea in the Capital One Cup semi-final. And it made the headlines.

It was the 80th minute when the ball went out of play. Hazard went to get it, but there was one obstacle - Charlie Morgan, the ballboy. The playful ballboy wouldn't give up the ball, so as a result, the then-Chelsea player evidently kicked the boy.

Eden got the boy, but then the focus was on Charlie, who was rolling in pain outside of the field.

The referee had no other option but to give the Belgian a straight red card. The FA even handed him a three-match ban of his actions during that game.

Charlie Morgan's numbers on social media skyrocketed after the game. His followers on Twitter increased by 15,000% to over 100,000 and he even got his account verified. Then 17, the teen went on to appear in several newspapers.

So, what is Charlie Morgan doing now, seven years after the incident?

Morgan is currently the co-owner of a British brand called 'Au Vodka', which has become the best selling flavoured Vodka in Costco.

'Pep is trying to play mind games with Hazard and Madrid': Our users have Guardiola all figured out
35 6
13 days ago

thanks to Hazard who make him to be celebrities

weeballs Oladeji9 days ago
Reply to a comment by Olamilekan Ajibola

weeballs Oladeji9 days ago
Reply to a comment by Olamilekan Ajibola