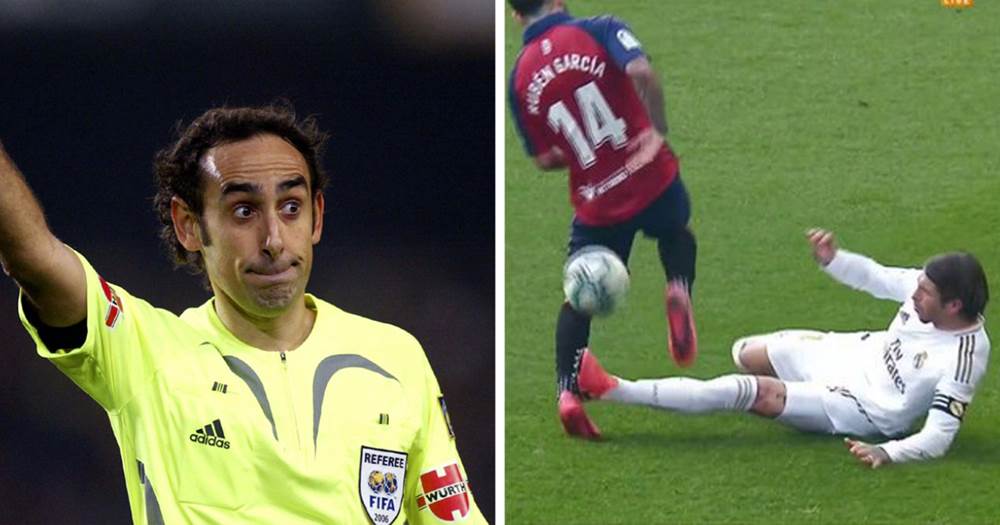 Former referee slams decision not to send Sergio Ramos off

Sergio Ramos made a nasty tackle in the 79th minute as he caught Ruben Garcia's ankle. Referee Jesus Gil Manzano opted against giving our captain a red card, giving him a yellow one instead.

"VAR has to step in over the Ramos incident and have him sent off," former Spanish referee Iturralde Gonzalez told Spanish radio station Cadena SER.

"It's a red-card challenge on the player's ankle. VAR is increasingly losing credibility.

"The system has no defence [for not intervening]."

There have been many cases where VAR failed this season, and most of them were not in favour of Real Madrid. Some were evident on Sunday as well, especially on Pervis Estupinan's foul against Luka Modric and Nacho Vidal's tackle on Fede Valverde.

Vidal received a yellow card for his foul, but Estupinan went unpunished.

.....and you didn't see Nacho Vidal's tackle on Fede nor that of Estupinan on Luka?

The referees are terrible especially the one who did the Barcelona vs Real Betis game yesterday. Barcelona was going to lose 2-1 on Sunday but was cheated with those 2 uncalled decisions by the referee. The ref in the Barca vs Real Madrid in Barcelona should been a 2-0 defeat of Barcelona in their home but agsin the referees cheated and pretending he did not see the push on Varane